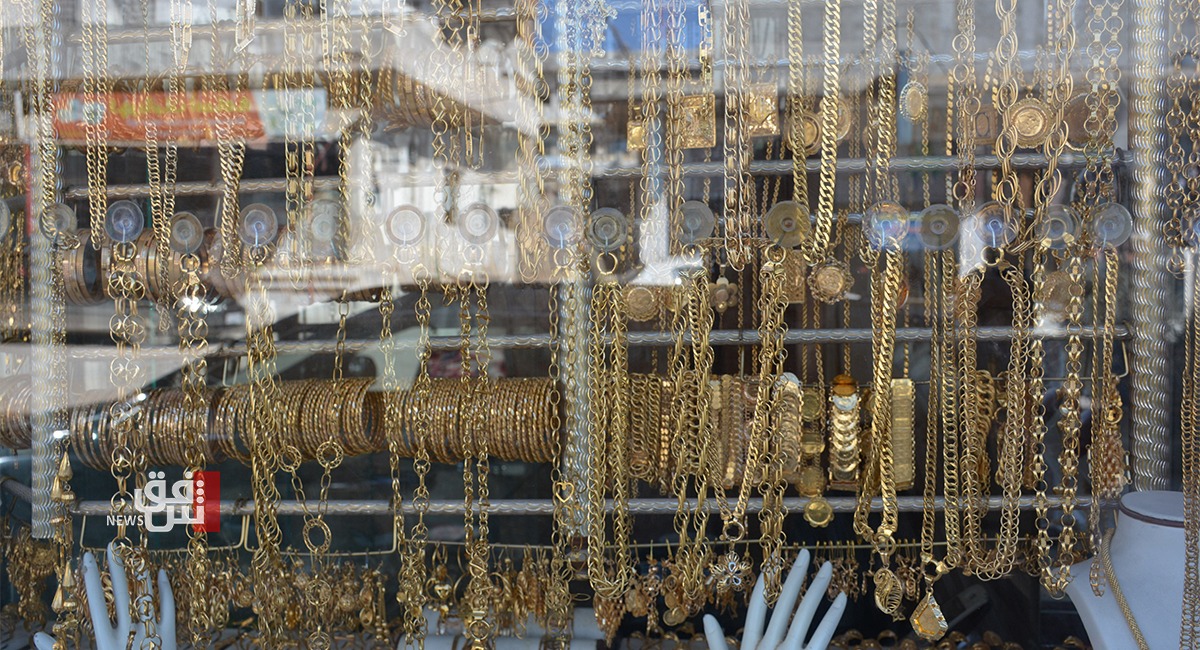 Shafaq News/ Gold prices dropped on Tuesday towards their lowest since mid-February, as an elevated dollar and an imminent interest rate hike by the U.S. Federal Reserve dampened bullion's appeal as an inflation hedge.

Spot gold was down 0.3% at $1,858.10 per ounce, as of 0510 GMT. Bullion fell more than 2% on Monday to its lowest since Feb. 16, as the dollar and yields strengthened on increased prospects for faster rate hikes by the U.S. central bank.

There are short-term downside risks for gold and we've got a target range of $1,810 to $1,790, with pressure coming from higher interest rates and the dollar, said Michael McCarthy, chief strategy officer at Tiger Brokers, Australia.

The U.S. central bank's Federal Open Market Committee will begin its meeting on interest rates later in the day and is expected to hike borrowing costs by half-a-percentage point when it announces its decision on Wednesday.

The Fed raised its policy interest rate by 25 basis points in March, and is soon likely to start trimming its asset holdings, as it attempts to tighten pandemic-era monetary policy and rein in soaring inflation.

The European Union was preparing sanctions on Russian oil sales over its invasion of Ukraine after a major shift on Monday by Germany, Russia's biggest energy customer.

Bullion is seen as a safe store of value during times of economic and political crises.