UK's Johnson: Iran must face up to consequences of “outrageous” ship attack 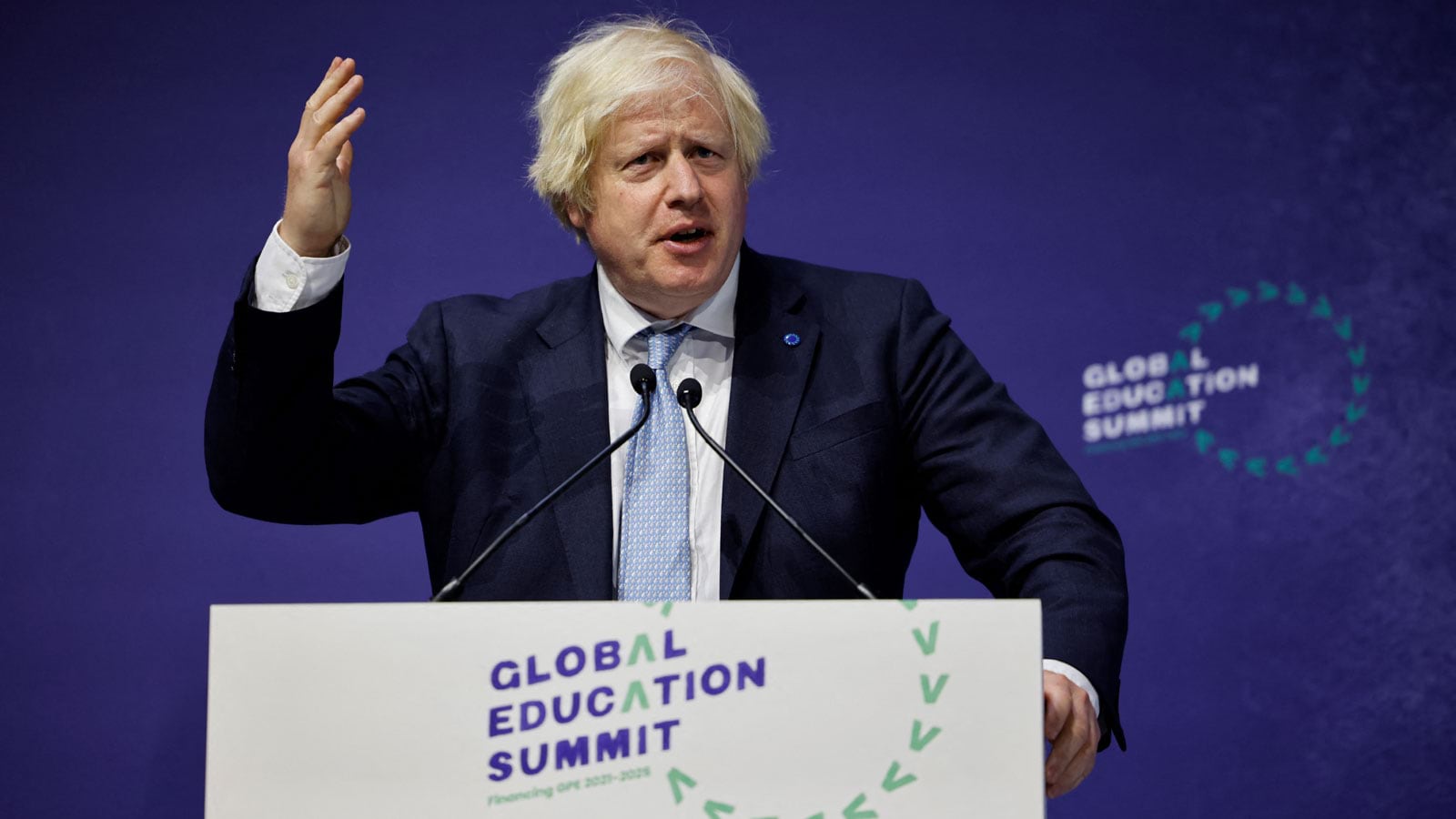 Shafaq News/ British Prime Minister Boris Johnson said on Monday that Iran must face up to the consequences of its “outrageous” attack on an Israeli-managed tanker off the coast of Oman.

“Iran should face up to the consequences of what they’ve done,” Johnson told reporters. “This was clearly an unacceptable and outrageous attack on commercial shipping.”

“A UK national died. It is absolutely vital that Iran and every other country, respects the freedoms of navigation around the world and the UK will continue to insist on that.”

There were varying explanations for what happened to the Mercer Street, a Liberian-flagged, Japanese-owned ship, with Israeli-owned Zodiac Maritime describing the incident as "suspected piracy" and a source at the Oman Maritime Security Center as an accident that occurred outside Omani territorial waters.

Iran’s foreign ministry spokesperson said on Monday Iran will respond promptly to any threat against its security.

The announcement came after the United States, Israel, and Britain blamed Tehran for the attack on an Israeli- tanker off the coast of Oman in which two crew members were killed.

Tehran has denied any involvement in the attack.

The United States and Britain said on Sunday they would work with their allies to respond to the attack on Mercer Street, a Liberian-flagged, Japanese-owned petroleum product tanker managed by Israeli-owned Zodiac Maritime.

"Iran has no hesitation in protecting its security and national interests and will respond promptly and strongly to any possible adventure," Iranian state television quoted foreign ministry spokesman Saeed Khatibzadeh as saying.

Khatibzadeh "strongly regretted the baseless accusations made by the British foreign secretary against Iran, which was repeated by the U.S. secretary of state in the same context and contained contradictory, false and provocative accusations", it reported.

Britain said on Sunday it was highly likely that Iran carried out the attack, using one or two drones. The U.S. Navy, which was escorting the tanker with the USS Ronald Reagan aircraft carrier, said on Saturday that early indications "clearly pointed" to a drone attack. Reuters stated.

However, an unnamed Iranian official told the country's Nournews news agency earlier that Tehran considered "the threats of Western officials and the Zionist regime (Israel) to be more of a propaganda gesture".

"And Washington and London will be directly responsible for the consequences," the official told Nournews, which is close to Iran's Supreme National Security Council.

Iran and Israel have exchanged accusations of carrying out attacks on each other's vessels in recent months.

Tensions have increased between Iran and Israel since 2018 when then U.S. President Donald Trump ditched Tehran's 2015 nuclear deal with six world powers and reimposed sanctions that have crippled Iran's economy.

Israel has voiced concerns about efforts by Tehran and U.S. President Joe Biden's administration to revive the nuclear pact, under which Iran curbed its sensitive nuclear work in exchange for lifting sanctions.