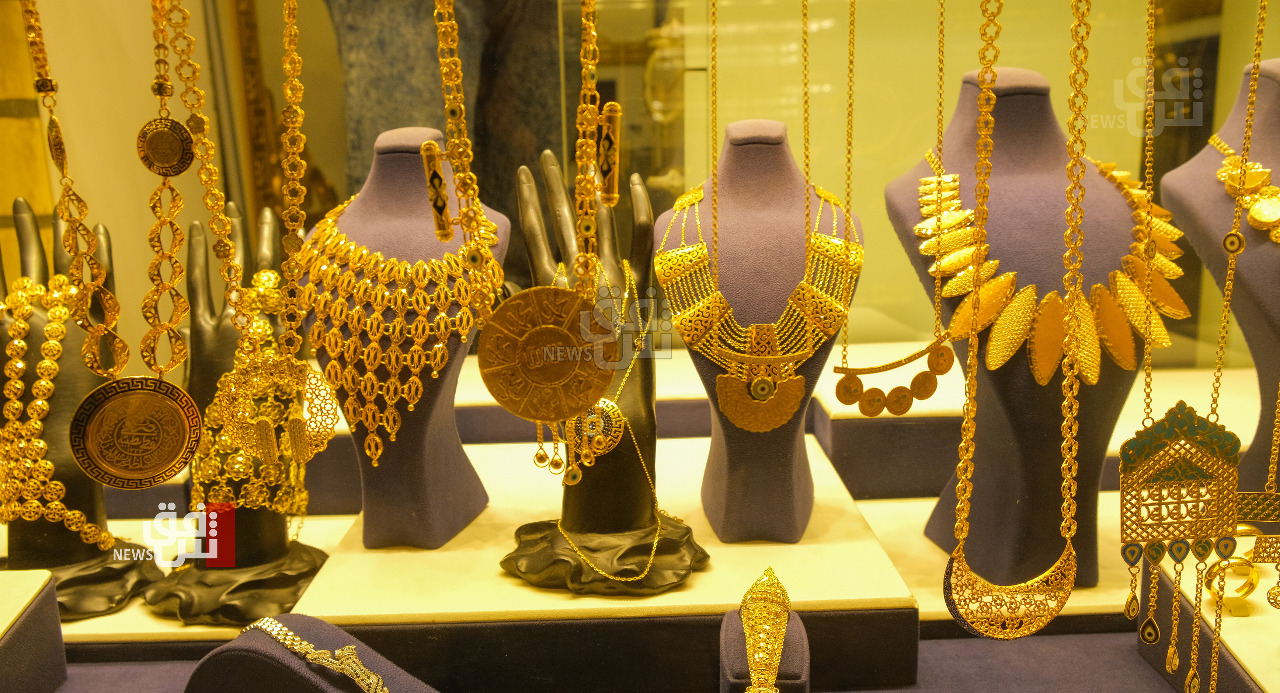 Shafaq News/ Gold prices eased slightly on Monday, as investors turned to riskier assets in Asia, although a weakened dollar provided some support to greenback-priced bullion.

* Asian stocks followed Wall Street higher on Monday while the dollar was pinned near five-week lows as investors wagered on an eventual slowdown in U.S. monetary tightening, albeit after sharp hikes in June and July. [MKTS/GLOB]

* Higher short-term U.S. interest rates and bond yields raise the opportunity cost of holding bullion, which yields nothing. [US/]

* Gold prices edged up on Friday and posted a second consecutive weekly gain, propped up by a pullback in the dollar and U.S Treasury yields, while fears of aggressive policy tightening by the Federal Reserve subsided.

* U.S. consumer spending rose more than expected in April as households boosted purchases of goods and services, and the increase in inflation slowed, which could underpin economic growth in the second quarter amid rising fears of a recession.

* Speculators raised their net long COMEX gold position in the week to May 24, data showed on Friday. [CFTC/]

* Federal government offices, stock and bond markets, and the Federal Reserve will be closed on Monday in observance of the Memorial Day holiday in the United States.