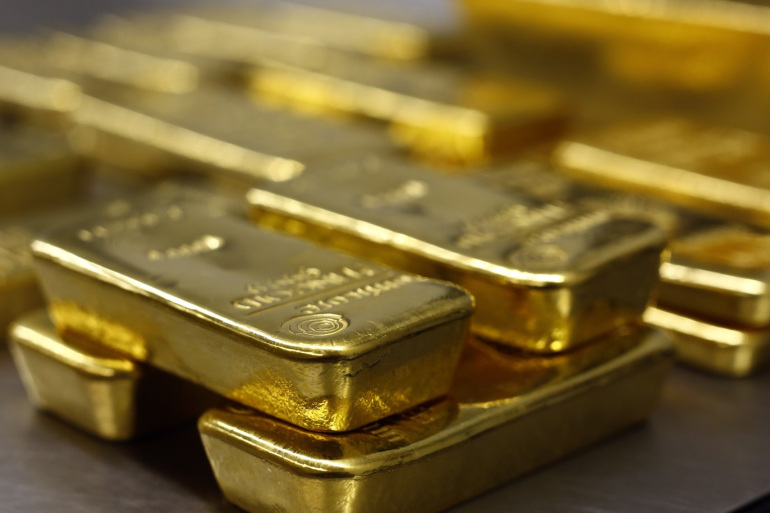 Shafaq News/ Gold edged down on Friday and headed for a weekly fall, as Treasury yields rose, with investors awaiting key monthly U.S. inflation data that is due later in the day for cues on the future of monetary policy.

* Gold prices have fallen about 0.2% so far this week.

* Economic data expected on Friday has market participants anxiously waiting for confirmation that decades-high inflation reached its summit in March and has commenced its long hike back down the mountain.

* The U.S. Federal Reserve will hike its key interest rate by 50 basis points in June and July, with rising chances of a similar move in September, according to a Reuters poll of economists who see no pause in rate rises until next year.

* Bullion is often seen as an inflation hedge, but the opportunity cost of holding it is higher when the Fed raises short-term interest rates to combat inflation.

* The number of Americans filing new claims for unemployment benefits increased to the highest level in nearly five months last week, but that likely does not mark a material shift in labour market conditions, which remain extremely tight.

* The European Central Bank ended a long-running stimulus scheme on Thursday and said it would deliver next month its first interest rate hike since 2011, followed by a potentially larger move in September.