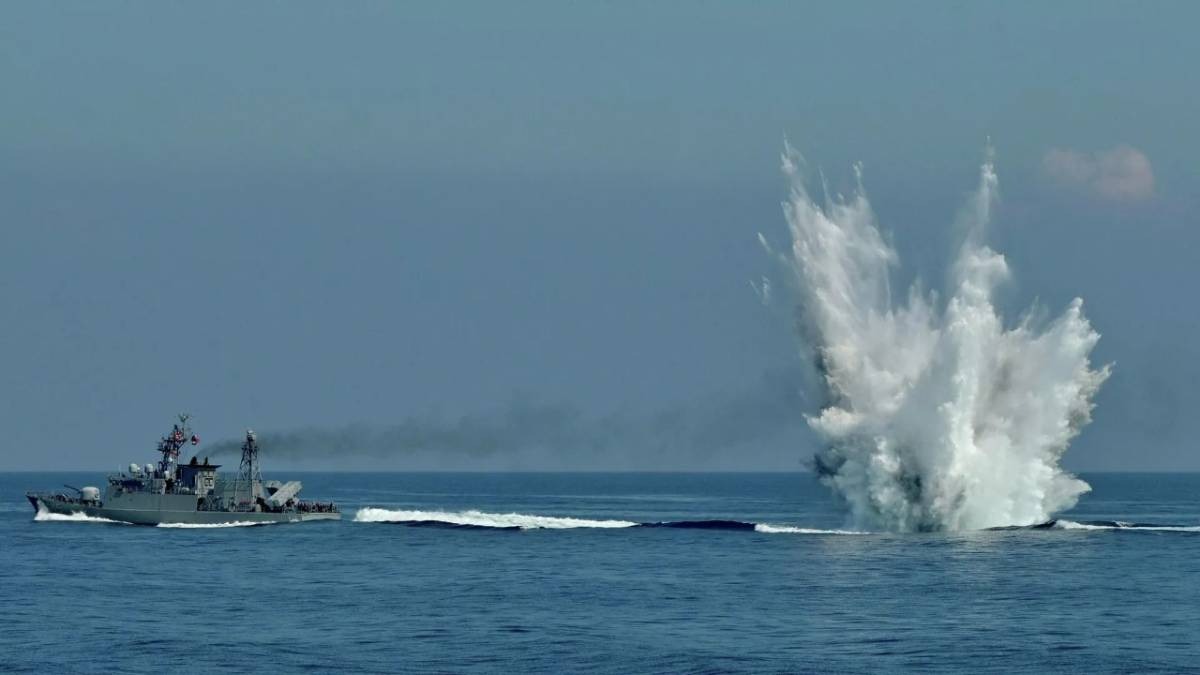 Chinese state broadcaster CCTV said Thursday that military maneuvers had begun in the Taiwan Strait, with the Eastern Theater Command of the People’s Liberation Army carrying out long-range, live-fire exercises and “precision strikes” on the eastern parts of the waterway.

About 10 Chinese naval ships had crossed the median line of the Taiwan Strait on Wednesday night through midday Thursday, while Chinese military aircraft also crossed the unofficial boundary Thursday morning, Reuters reported, citing an unnamed source briefed on the developments.

Taiwanese officials said the island’s armed forces were operating as usual to monitor the surrounding areas. “We seek no escalation, but we don’t stand down when it comes to our security and sovereignty,” the defense ministry posted on Twitter

Pelosi’s visit to Taiwan this week infuriated Chinese leaders, who saw the high-level delegation as a violation of China’s territorial rights and an unnecessary provocation amid deteriorating U.S.-China relations. China’s ruling Communist Party has never ruled Taiwan, but Beijing claims the de facto independent island is an inalienable part of its territory and threatens to seize it by force.

In response to Pelosi’s visit, Chinese authorities announced military exercises in six areas around Taiwan, scheduled for after the California Democrat’s departure — a sign that Beijing hoped to avoid direct confrontation with the United States. The exercises will continue through Sunday.

The six exclusion zones target Taiwan from all directions, and for the first time include an area to the east of the island. Chinese military experts described this measure as a way of demonstrating the military’s ability to target Taiwanese troops operating from bases in Hualien and Taitung.

“It’s quite clear they’re going to be simulating how they might blockade Taiwan in the future,” said M. Taylor Fravel, director of the security studies program at the Massachusetts Institute of Technology.

On CCTV, Chinese military experts said the exclusion zones were meant to show China’s ability to control the narrowest point of the Taiwan Strait, as well as the point where the Bashi Channel meets the Pacific Ocean and shipping lanes from the ports of Keelung and Kaohsiung.

Meng Xiangqing, director of the Strategic Research Institute of the PLA-run National Defense University, described the approach as “closing the door and beating the dog.”

Xiang explained the delay in starting drills as being a matter of international norms requiring 24 hours to alter shipping routes, rather than being an attempt to avoid direct confrontation with the United States.

The Global Times, a state-run nationalist tabloid, quoted an anonymous Chinese military expert as saying that the drills would be a “new beginning” for PLA drills around Taiwan, which would not be limited to their previously areas and would instead “regularly take place on Taiwan’s doorstep.”

The drills are taking place closer to Taiwan than similar exercises during the last Taiwan Strait crisis in 1995-1996. Back then, China fired missiles that landed near the ports of Keelung and Kaohsiung in retaliation for a visit by then-president Lee Teng-hui to the United States.