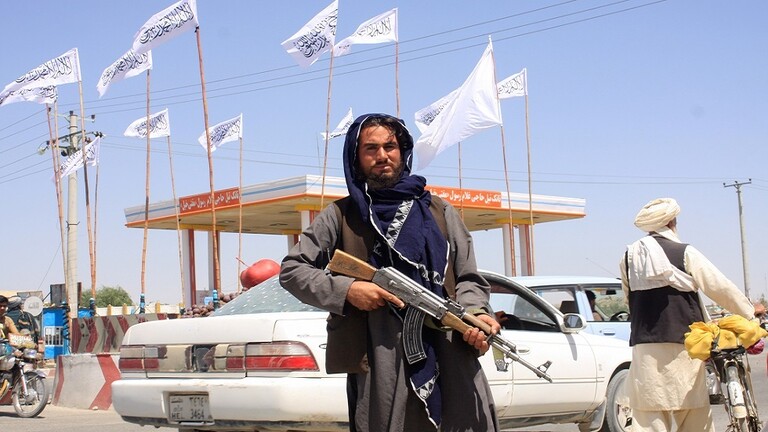 Shafaq News/ China on Monday threw its weight behind an "Islamic government" in Afghanistan, urging the Taliban to honor its commitments for a negotiated settlement in the country.

"China hopes that the Taliban will implement its previous vows to establish through negotiation an open and inclusive Islamic government and act responsibly to ensure the safety of Afghan citizens and foreign missions in Afghanistan," said Foreign Ministry spokeswoman Hua Chunying.

Beijing's endorsement of a government led by the Taliban in Afghanistan comes a day after US-backed President Ashraf Ghani fled the country.

The Taliban have taken over the country after capturing the capital Kabul on Sunday and are in the process of establishing their government, which they call the Islamic Emirates of Afghanistan, that had been removed after US-led foreign forces occupied the war-torn country in 2001.

The group has declared an end to their war against foreign occupation but says that the "real test would begin now."

Abdul Ghani Baradar, the Taliban's top envoy who led negotiations with the US and other parties to end the occupation in recent years, said in a brief video statement: "The victory ... was unexpectedly swift and had no match in the world."

"The real test would begin now with meeting the expectations of the people and serving them by resolving their problems," Baradar said.

"China respects Afghan people's right to decide their own destiny and future, and is willing to continue to develop friendly cooperation with Afghanistan. China will play a constructive role for peace and reconstruction in Afghanistan," said Hua, addressing a news conference in Beijing, according to the Chinese Global Times daily.

She said that unlike western countries the Chinese embassy in Afghanistan is "working as usual. Most Chinese nationals had been arranged to return to China previously and some chose to stay. The embassy is in touch with those who stay and they are safe.”

Russia is in contact with Taliban officials via its embassy in Kabul, President Vladimir Putin's special representative on Afghanistan said on Monday, a day after the Afghan government collapsed and the capital fell to the Islamist insurgent group.

"They are talking in Kabul. All contacts are being made there at the moment. The embassy is dealing with this," the representative, Zamir Kabulov, told Reuters by telephone in an interview.

The contact began when the Taliban deployed guards to the Russian embassy after the insurgents captured Kabul.

"It went absolutely calmly amd without incident. They (the Taliban) came and took it (the embassy) under guard," he said.

"Our embassy will stay in contact with specially assigned representatives of the Taliban higher leadership to work out a permanent mechanism of ensuring safety of our embassy," he said.

They spoke both Pashto and Dari, the most widely used languages in Afghanistan, he said.

"They replaced representatives of government forces on duty today by disarming them absolutely peacefully and took the place of policemen," he said.

The comments came as Taliban officials declared the war over and issued statements aimed at calming the panic that has been building in Kabul as the militants, who ruled from 1996 to 2001, routed the U.S.-backed government's forces.

Western nations were rushing to evacuate staff from their embassies in Kabul. Russia will also pull out some of around 100 employees of its embassy, Kabulov told the Ekho Moskvy radio station in separate comments on Monday.

"A part of our staff will be sent on vacation or evacuated in some other way simply not to create too much of a presence."

"Some employees will leave for vacation while summer is not over," he said. He declined to say how many members of the Russian mission would be withdrawn from Afghanistan.

Russia will not rush a decision on whether to recognise the new Afghan authorities, RIA news agency cited Kabulov as saying.

In comments on Ekho Moskvy radio station, the official said that Moscow would watch the action of the new authorities closely and would then make a decision.