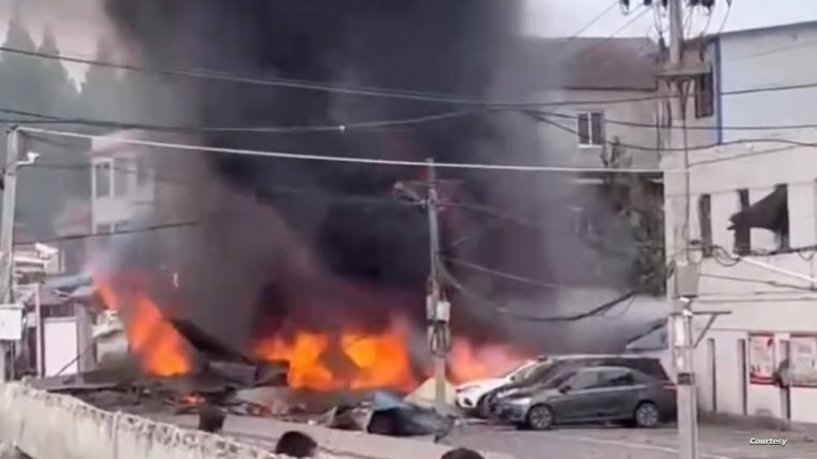 The injured and the pilot were sent to hospital after the morning crash near an airport in the city of Xiangyang in Hubei province, which damaged homes, China Central Television reported.

Authorities are seeking to determine the cause of the accident and evaluating casualties, CCTV said.

The aircraft was a Chengdu F-7, the Chinese version of the Soviet MiG-21. First produced in the 1960s, it is one of the oldest types of fighter jets China has in service.

Crashes of fighter jets are not unusual globally, but reports of military crashes in China are rare.

China closed off a part of the South China Sea near Vietnam in March in a hunt for a crashed aircraft, Taiwan's intelligence agency said.

US official: drones used by Iran-backed militias provided by China

A massive blast in China’ Nanjing