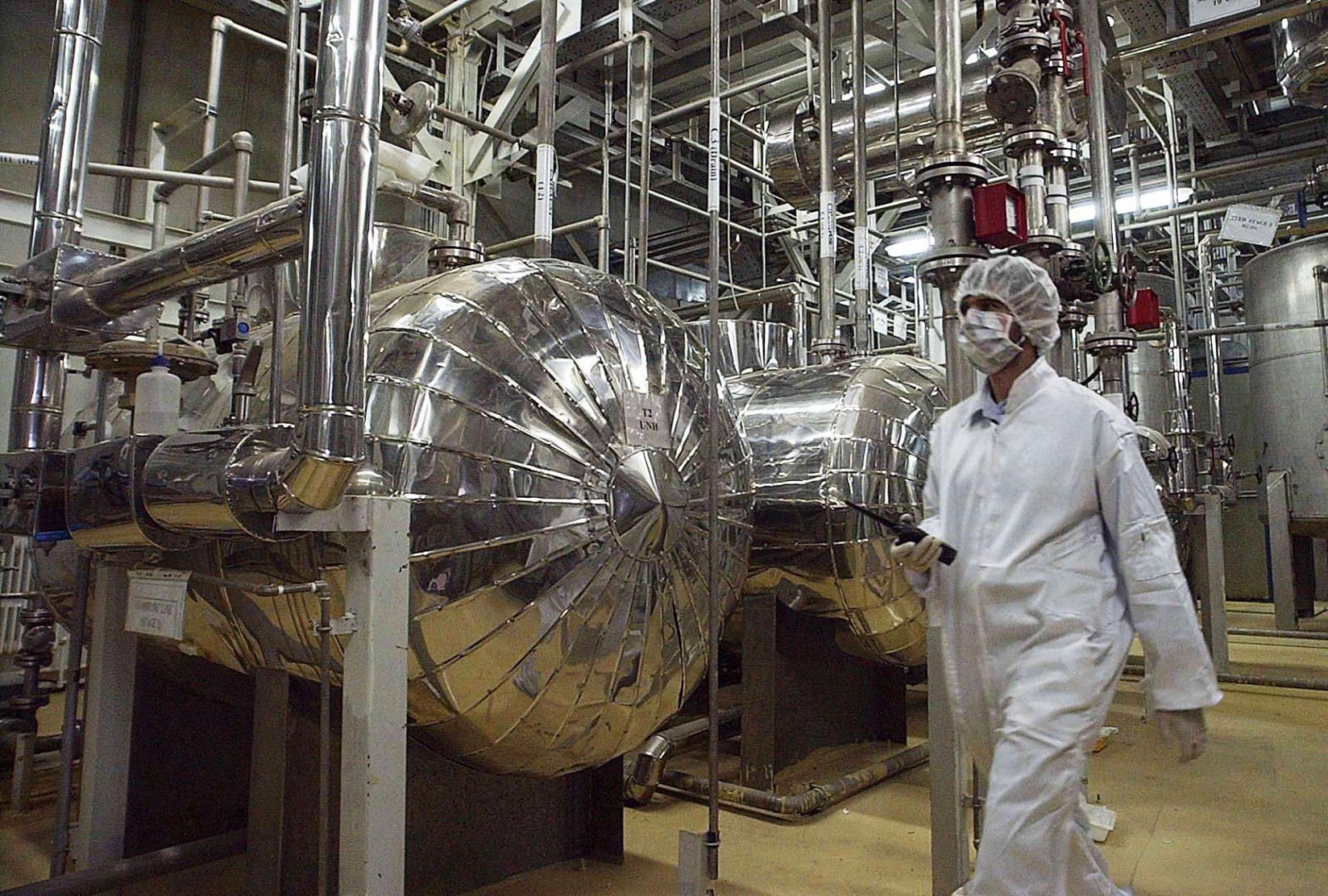 Shafaq News/ A power failure that appeared to have been caused by a deliberately planned explosion struck Iran’s Natanz uranium enrichment site on Sunday, in what Iranian officials called an act of sabotage that they suggested had been carried out by Israel.

The blackout injected new uncertainty into diplomatic efforts that began last week to salvage the 2015 nuclear deal repudiated by the Trump administration.

Iran did not say precisely what had caused the blackout at the heavily fortified site, which has been a target of previous sabotage, and Israel publicly declined to confirm or deny any responsibility. But American and Israeli intelligence officials said there had been an Israeli role.

Two intelligence officials briefed on the damage said it had been caused by a large explosion that completely destroyed the independent — and heavily protected — internal power system that supplies the underground centrifuges that enrich uranium.

The officials, who spoke on the condition of anonymity to describe a classified Israeli operation, said that the explosion had dealt a severe blow to Iran’s ability to enrich uranium and that it could take at least nine months to restore Natanz’s production.

If so, Iran’s leverage in new talks sought by the Biden administration to restore the nuclear agreement could be significantly compromised. Iran has said it will take increasingly strong actions prohibited under the agreement until the sanctions imposed by President Donald J. Trump have been rescinded.

It was not immediately clear how much advance word — if any — the Biden administration received about the Natanz operation, which happened on the same morning that the American defense secretary, Lloyd J. Austin III, was visiting Israel. But Israeli officials have made no secret of their unhappiness over Mr. Biden’s desire to revive the nuclear agreement that his predecessor renounced in 2018.

Ali Akbar Salehi, the head of Iran’s Atomic Energy Organization, described the blackout as an act of “nuclear terrorism” and said the international community must confront the threat.

“The action this morning against the Natanz enrichment site shows the defeat of those who oppose our country’s nuclear and political development and the significant gains of our nuclear industry,” Mr. Salehi said, according to the Iranian news media. “The incident shows the failure of those who oppose Iran negotiating for sanctions relief.”

Israel, which considers Iran a dire adversary, has sabotaged Iran’s nuclear work before, with tactics ranging from cyberattacks to outright assassinations. Israel is believed to have orchestrated the killings of several Iranian nuclear scientists in recent years, including an ambush on a key developer of its nuclear program last November.

Israel, as a matter of policy, neither confirms nor denies such actions.

The explosion at Natanz struck barely a week after the United States and Iran, in their first significant diplomacy under the Biden administration, participated in the new talks in Vienna aimed at reviving the nuclear agreement abandoned by Mr. Trump, who described it as “the worst deal” and a giveaway to Iran.

The talks to salvage the accord, known as the Joint Comprehensive Plan of Action, or J.C.P.O.A., are set to resume this week.

It was not immediately clear how the incident at Natanz might affect that. But Iran now faces a complicated calculation on how to respond, especially if it concludes that Israel was responsible.

“Tehran faces an extremely tricky balance,” said Henry Rome, an Iran analyst at the Eurasia Group, a political risk consultancy. “It will feel compelled to retaliate in order to signal to Israel that attacks are not cost-free.”

At the same time, Mr. Rome said, “Iran also needs to ensure that such a retaliation does not make it politically impossible for the West to continue pushing forward with J.C.P.O.A. re-entry.”

Power was cut across the Natanz facility, Behrouz Kamalvandi, a civilian nuclear program spokesman, told Iranian state television. He said there had been no casualties or damage. But Iran has at times offered such assessments in the immediate aftermath of sabotage, only to revise them later.

Malek Shariati Niasar, an Iranian lawmaker who serves as a spokesman for the Parliament’s energy committee, said on Twitter that the outage was “very suspicious,” and raised the possibility of “sabotage and infiltration.”

The blackout came less than year after a mysterious fire ravaged another part of the Natanz facility, about 155 miles south of Tehran, the capital. Iranian officials initially played down the effect of the fire, which destroyed an above-the-ground facility for the assembly of centrifuges, but later admitted that it had caused extensive damage.

Some Iranian experts dismissed initial speculation that a cyberattack could have caused the power loss. The Natanz complex has its own power grid, multiple backup systems and layers of security protection intended to stop such an attack from abruptly shutting down its system.

“It’s hard to imagine that it was a cyberattack,” said Ali Vaez, the Iran project director at the International Crisis Group. “The likely scenario is that it either targeted the facility indirectly or through physical infiltration.” The intelligence officials said it was indeed a detonation of explosives.

While there is no direct dialogue between Iran and the United States at the talks in Vienna, the other participants in the agreement — Britain, China, France, Germany and Russia, under the chairmanship of the European Union — are engaging in a form of shuttle diplomacy.

One working group is focusing on how to lift economic sanctions imposed by the Trump administration, while another is looking at how Iran can return to the terms that set limits on enriched uranium and the centrifuges needed to produce it.

Iran has said that its nuclear ambitions are peaceful.

It has also said while it intends to steadily resume nuclear activities prohibited under the deal, it can easily reverse course if the sanctions are rescinded.

On Saturday, Iran’s president, Hassan Rouhani, celebrated the new centrifuges, which shorten the time needed to enrich uranium, the fuel for nuclear bombs. But Mr. Rouhani also insisted that Iran’s efforts were not intended to produce weapons.

“If the West looks at the morals and beliefs that exist in our country, they will find that they should not be worried and sensitive about our nuclear technology,” Mr. Rouhani said in remarks reported by Iran’s Mehr News Agency.

The new centrifuges were inaugurated on what Iran calls its National Nuclear Day, an annual event to showcase the advances the country had made in nuclear technology despite its economic isolation. The celebrations even included the debut of a music video that featured singing white-robed scientists standing beside centrifuges and holding photos of colleagues who had been assassinated.

Mr. Austin, the U.S. defense secretary, was in Israel on Sunday for talks with Prime Minister Benjamin Netanyahu and the country’s defense minister, Benny Gantz.

It was unclear if they discussed the Natanz attack.

At the meeting, Mr. Gantz said, “We will work closely with our American allies, to ensure that any new agreement with Iran will secure the vital interests of the world and the United States, prevent a dangerous arms race in our region and protect the State of Israel.”

The United States and Israel have a history of covert collaboration, dating to the administration of President George W. Bush, to disrupt Iran’s nuclear program.

The best-known operation under this collaboration, which was code-named “Olympic Games,” was a cyberattack disclosed during the Obama administration that disabled nearly 1,000 centrifuges at Natanz. That attack was believed to have set back Iran’s enrichment activities by many months.