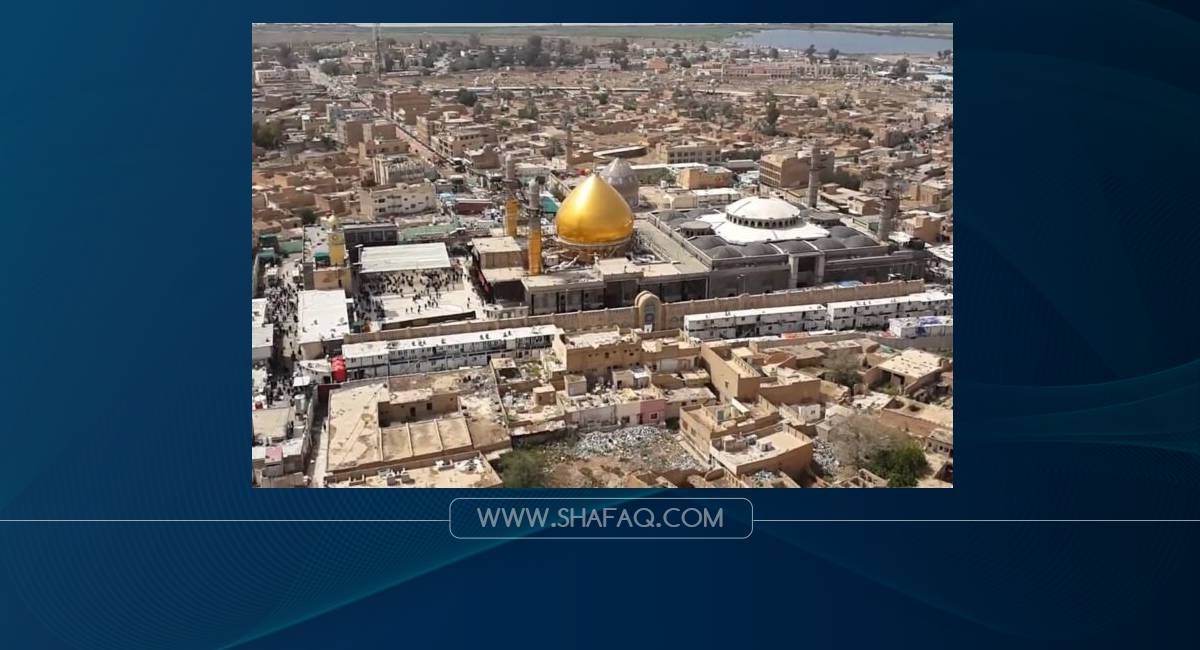 Shafaq News/ From the roof of his house, Ali Hassan, a 30-year-old Sunni history professor, points to Samarra’s famed al-Askari mosque, one of the most revered Shiite sites in Iraq. Sunlight glints off the shrine’s golden dome, casting rays towards another side of Samarra — a downtrodden district behind gray blast walls that have split the city for the past 15 years.

“The wall has become our Berlin Wall,” says Hassan, shaking his head. “It was built to protect the mosque after it became a flashpoint for sectarian slaughter. But it has separated the town for years. Now it’s time to go back to normal.”

For much of the two decades since the ousting of Saddam Hussein, Samarra has been a divided city. The sacred mosque — the third-most important site for Shias in Iraq — stands in resolute splendor near the center, surrounded by restless streets that, not long ago, were the epicenter of the country’s brutal civil war.

In February 2006, and again in June 2007, al-Qa’ida detonated bombs at al-Askari, igniting the worst bloodshed of the chaotic years that followed the US invasion. Calls for restraint from Shia clerics Grand Ayatollah Ali al-Sistani and Moqtada al-Sadr went unheeded, and Iraq was plunged into years of savagery.

Omar Khamal, 43, was taking his children to school when one of the bombs went off. “The roar was so loud that I threw myself on the ground, protecting the kids,” he remembered. “Since then, they have always been afraid.”

Fear has remained pervasive in the broader community too. When the al-Qa’ida insurgency ended, an even greater menace was gathering strength in towns and villages of the surrounding Ba’quba region — the Islamic State (IS).

Even now, with IS having been defeated, Ba’quba remains volatile and unreconciled, and Samarra a symbol of sectarian unrest. For many residents though, a yearning for stability eclipses lingering tensions. Ahmed Farid, a 26-year-old university student, remembers the time before 2003, when life in Samarra was carefree — worshippers waited for hours, children frolicked in the alleys, and merchants beckoned customers to buy souvenirs.

“I could play freely outside with my brothers watching the fleets of pilgrims approaching the mosque,” he recalls. “It was a completely different time. Now, to get closer to the shrine, I have to ask the Shiite militiamen lined up in a security cordon around it for permission after being questioned for hours just because I’m Sunni. They secure the area, it’s the protocol, fine. But who protects my dignity?”

Power in Samarra unambiguously sits with Shia-led security forces. Sunnis often see themselves as second-class citizens and sometimes even a target — victims of residual resentment from the sectarian fighting, who fear that collective punishment has become state policy.

After the first Samarra attack in 2006, Shiite militia groups flooded the streets of Baghdad chanting for revenge, setting ablaze dozens of Sunni mosques and committing some of the worst sectarian massacres of the war. The bloodshed escalated into a wave of killings that left tens of thousands of dead across Iraq.

Since 2007, the al-Askari shrine has been one of the most heavily protected parts of Iraq, and violence has seldom returned to Samarra. “There have been no attacks since the end of 2014,” said Mahmood Khalaf Ahmed, mayor of Samarra. “This shows a great sign of coexistence between the Sunni and Shiite populations.”

Yet security gains have come at a price. Shiite influence has become entrenched in the city, and blast walls look like permanent fixtures. The district surrounding the shrine, where more than 200 mostly Sunni-owned shops and homes once thrived, has been bolted and abandoned. Beyond the economic cost, the walls, erected in 2007, have taken a significant toll on the city’s cultural coexistence.

“These fences have changed Samarra,” said Mohammad Khaled, 51, who runs an appliance store a few blocks from al-Askari mosque. “The government wants to protect it. But what do they do for us? It has become impossible to do business. It’s time to reopen the city.”

From amid the checkpoints, cordons, and repression, Samarra’s ancient history still speaks loudly. The city is the only surviving Islamic capital that retains its original urban plan. The Caliphate Palace, the 9th-century Great Mosque with its iconic spiral minaret, and al-Askari mosque speak of a grand history that has a prominent place in the culture of Iraq and the Middle East.

Built in 944, the golden shrine houses the graves of Ali al-Hadi and Hassan al-Askari, the 10th and 11th Shia imams — religious leaders descended from the Prophet Mohammad. It is also believed to be where Muhammad al-Mahdi, who is known as the 12th Shia Imam, disappeared during the “major occultation” in 878. Most Shiites believe that the “Hidden Imam” will return before the Day of Judgement, at a time of chaos and destruction, to deliver justice to a broken world.

In the past few months, pilgrims have started to return to al-Askari, a sign of progress for some Samarra residents. Nearby, however, shops remain closed, in the shadow of security walls. “We have the right to have a civil normal life,” says Hassan. “And we don’t have that.”