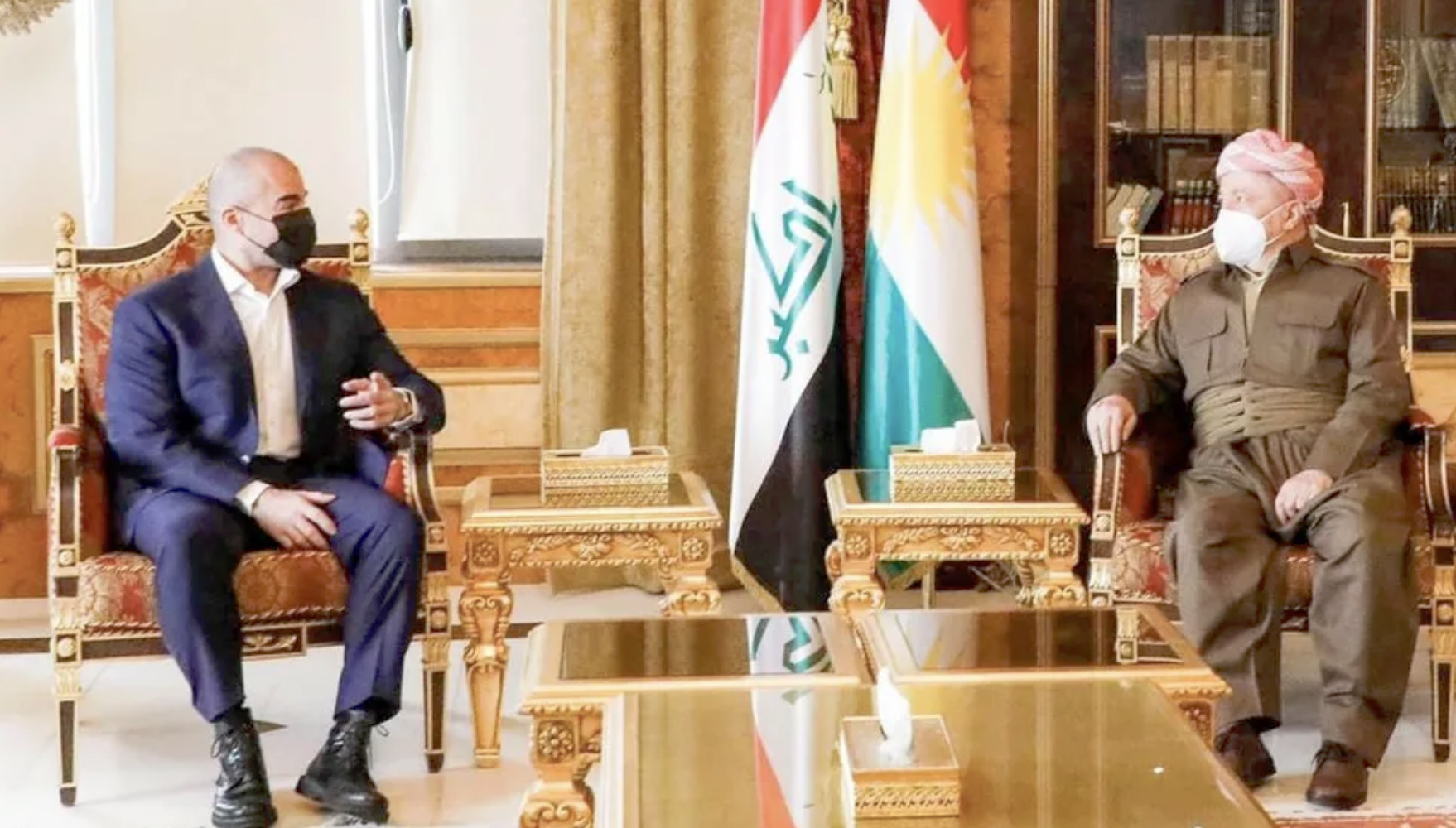 Shafaq News/ The head of the Kurdistan Democratic Party (KDP), Masoud Barzani, meets on Wednesday with the President of the Patriotic Union of Kurdistan (PUK), Bafel Talabani, to discuss the issue of the Iraqi Presidency.

Shafaq News Agency correspondent said that the meeting is now in Barzani's Saladin resort in Erbil.

It is worth noting that The Iraqi Parliament's Presidency said that next Thursday or Sunday would hold another round of talks with the heads of the parliamentary blocs to agree on having a session to elect a new president.

Half a year after legislative elections, Iraq still does not have a new president or prime minister, keeping the country in a political deadlock.

The lawmakers must elect the head of state, a position reserved for a member of Iraq's Kurdish minority, with a two-thirds majority. The President then appoints the head of government, a post for the Shiaa component.

The contest pits Barham Saleh, the incumbent and member of the Patriotic Union of Kurdistan, against Rebar Ahmed of the Kurdistan Democratic Party (KDP), the PUK's rival.

The dispute between the two Kurdish poles continues; the Kurdistan Democratic Party says the position of the President of the Republic is a "Kurdish entitlement, and not for a specific party." At the same time, the Patriotic Union of Kurdistan asserts that this position is its right.