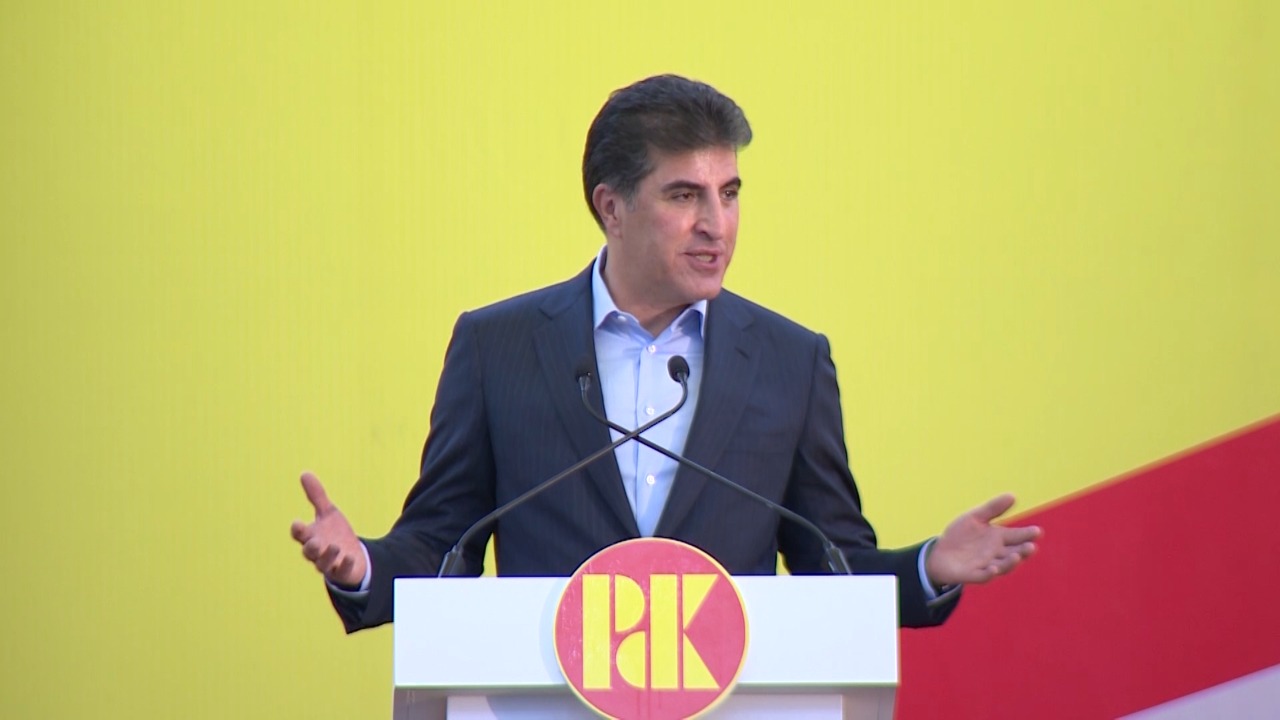 President Barzani said in a speech at an election rally in Zakho that the upcoming Iraqi elections are very important, "and will prove that we are amid a new revolution that will increase the KDP's power and political weight," adding, "We have three candidates in Zakho and Simele districts. We hope you will vote for them."

Barzani addressed the people of Zakho saying, "Go to the election centers and vote for the KDP candidates," explaining, "When the KDP wins, the situation will much better."

He added, "The Kurdistan Democratic Party must be strong in Baghdad for two reasons. The first is to protect all the achievements that have been reached through the struggle of Kurdistan's people, while the second one is maintaining peaceful coexistence, acceptance, and freedom for all Iraqis."

"When the Yazidis and Christians were subjected to ISIS terrorists' crimes, Kurdistan opened its doors for them, and in 2014, we fought ISIS terrorists", noting that the Peshmerga had lost more than 2,000 martyrs, 7,000 wounded, and received two million displaced people.

He pointed out, "Facts confirm that the Democratic Party is the strongest at the local, Iraqi, regional and international levels", noting, "some Iraqi parties seek to eliminate the Kurdistan Region and attack the party. However, the Iraqi people have understood the game."