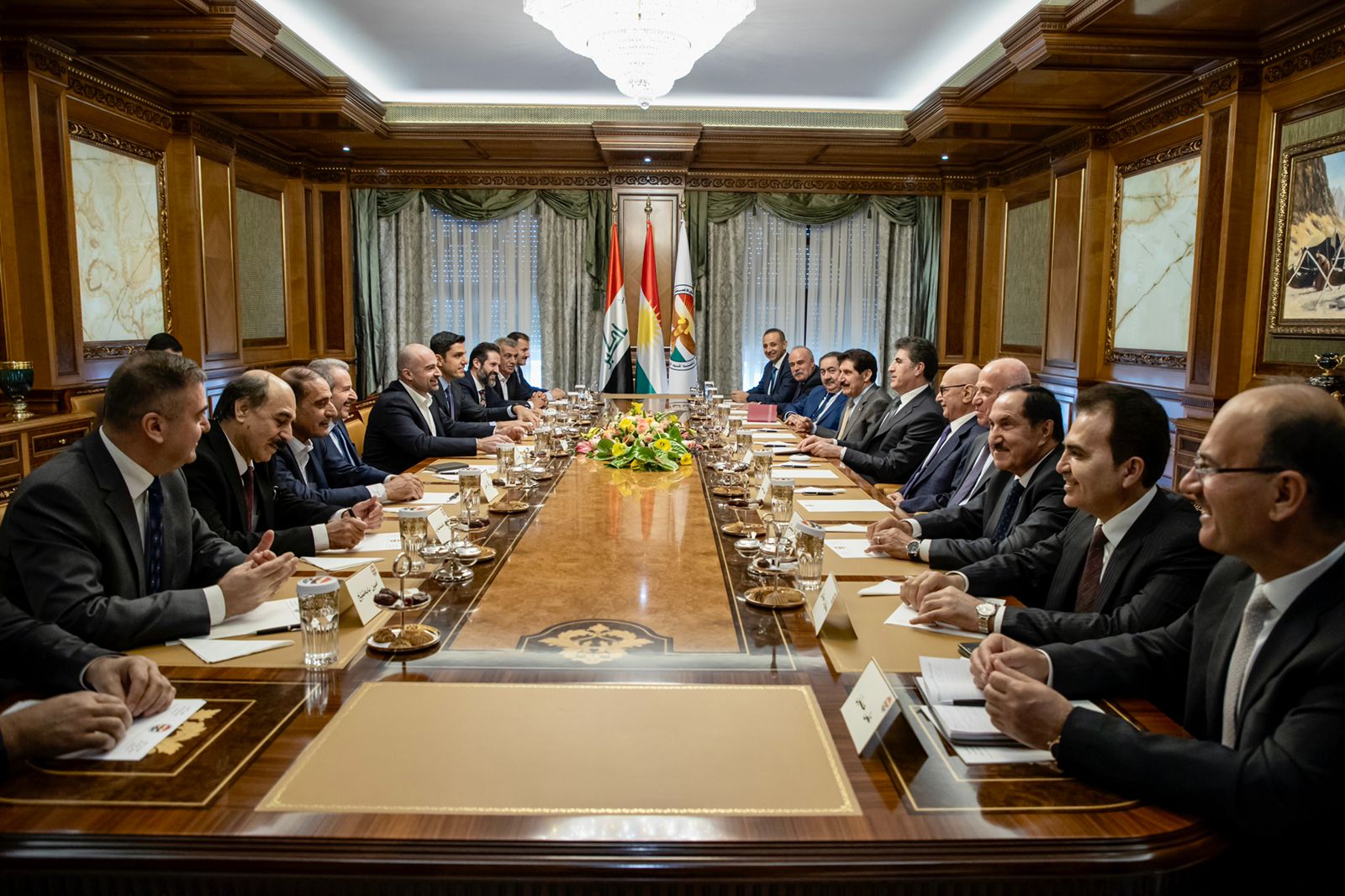 Shafaq News/ The Kurdistan Democratic Party (KDP) and the Patriotic Union of Kurdistan (PUK) have found common ground for dialogue, the leading Kurdish parties said in a joint statement following a meeting under the auspices of the Kurdistan region's presidency in Erbil earlier today, Wednesday.

The statement said that the initiative put forth by President Nechirvan Barzani has provided "common ground" for resuming dialogue, normalizing the ties, and restoring trust between the two parties.

The two sides, according to the statement, agreed to hold further meetings and form a joint committee from the politburos of the respective parties to ponder the preparations for the election in the region.

The attendees reiterated both parties' endorsement of the Kurdistan Regional Government (KRG) and halting the media war between them.