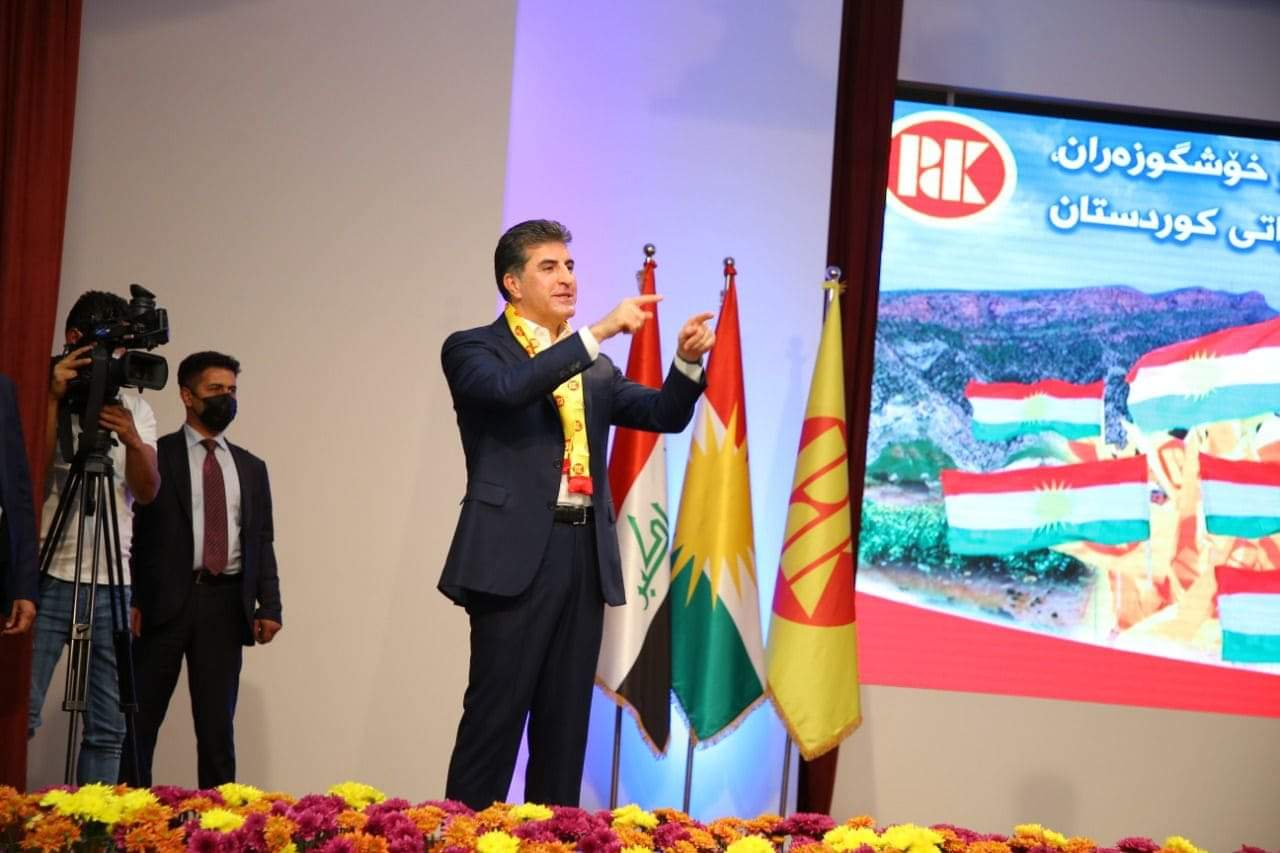 Shafaq News/ The Deputy Chairman of the Kurdistan Democratic Party, Nechirvan Barzani, said today that his party is "walking towards a bright future."

President Barzani said in a speech he delivered in his party's electoral campaign in Erbil, that last year, Kurdistan and the whole world went through harsh conditions, especially COVID-19.

He added that the cornerstone of democracy in this country, with all its shortcomings, was set by the party, noting and the president of the Democratic Party was the first person who said that our problems must be solved through democratic elections.

Talking about the war against terrorism, Barzani said, "We are thankful for the aid provided by the international community, pointing out that the those who were in the frontline were the Peshmerga forces and the Kurdish leader, Masoud Barzani, who slept in his car for more than three months to defeat ISIS terrorists.

"After the referendum, all conspiracies were being hatched for the party not to return to Baghdad," he indicated, adding, "the party changed everything and thwarted the enemies' plots."

President Barzani to discuss the security situation with the Peshmerga leaders