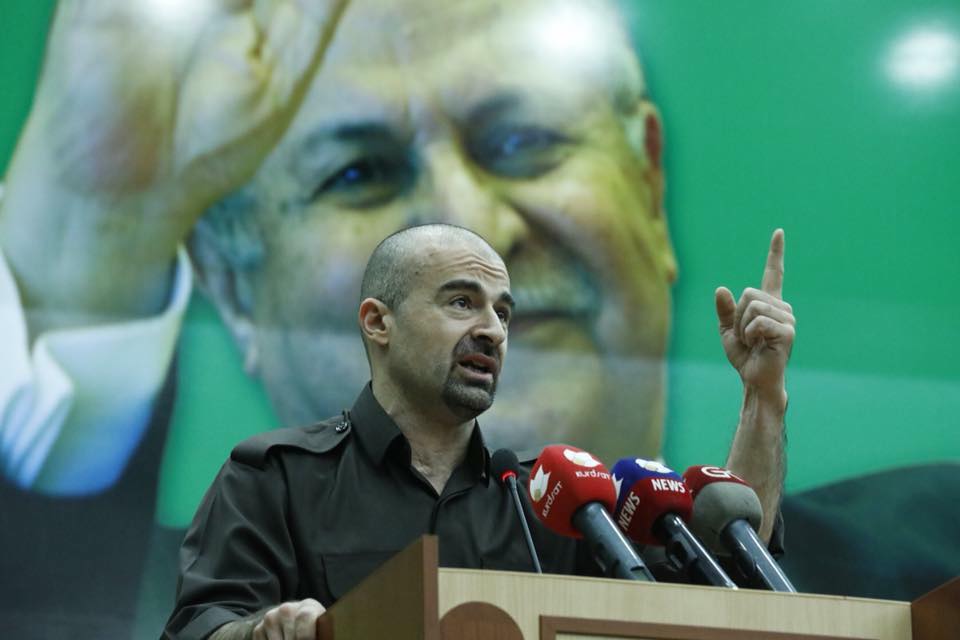 Shafaq News/ The Patriotic Union of Kurdistan (PUK) held a public meeting in al-Sulaymaniyah earlier today, Sunday, during which the leaders of the party delivered keynote speeches.

Bafel Talabani, introduced as the President of the Patriotic Union of Kurdistan, explained his party's vision of the work of the government and its role in it in a speech he delivered before the congress.

Talabani said, "we have been asked a lot: why would not you withdraw from the government if you are not satisfied with its work?"

"Inside the government, we can make a change and rectify matters; We cannot [do so] from outside," he answered.

The PUK Supervisor, Qubad Talabani, provided a narrative for the challenges the party coped with over the past 15 years, citing the defection of the man who was the second in command, Nawshirwan Mustafa, the illness and the death of the founding leader, and the time Kusret Rasoul and Hero Ibrahim fell ill.

"Incumbent President, Bafel Talabani, survived a failed assassination attempt by poisoning," he added, "some of these deeds impacted many parties and forces in the region."