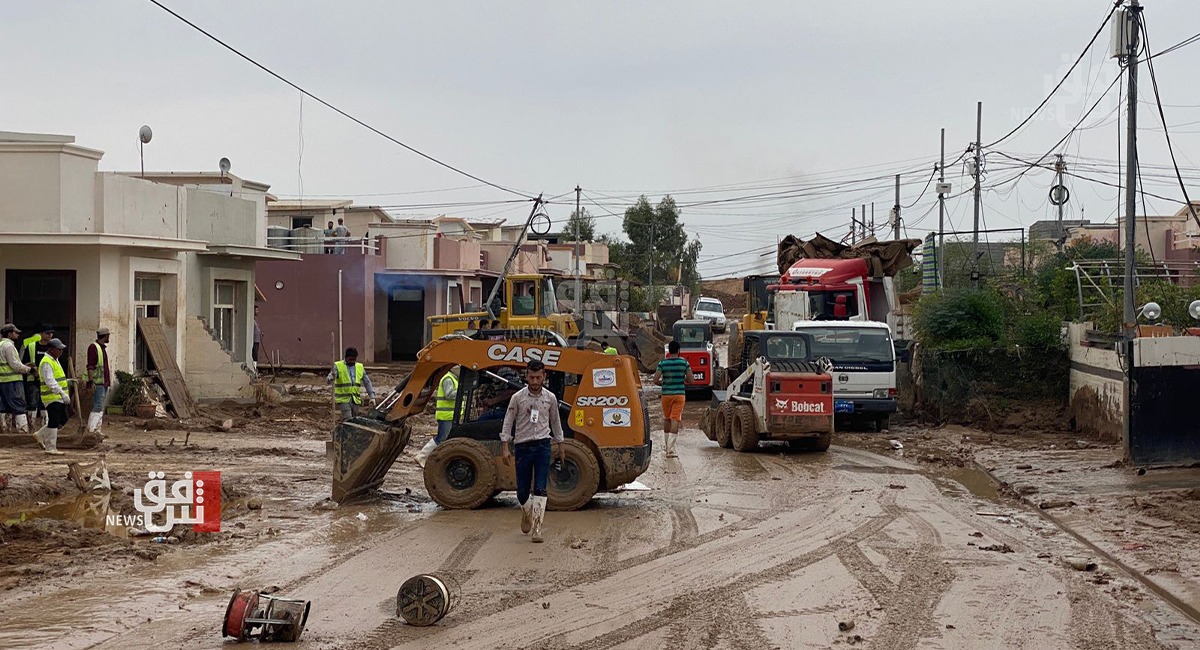 Shafaq News/ Kurdish leader Masoud Barzani on Thursday debriefed over a phone call the Governor of Erbil, Omed Khoshnaw, in the aftermath of the flashing floods that slammed Kurdistan's capital city.

A readout issued by Khoshnaw's bureau, Barzani stressed that all the relevant state departments shall be mobilized to protect and save the citizens ans their properties.

For his part, the Governor of Erbil said that all teams are alert in order to deal with any material damages or casualties.

Khoshnaw, according to the statement, informed Barzani that the Prime Minister of the Kurdistan Region, Masour Barzani, is following the situation.

Earlier today, Khoshnaw have raised the alert level in the aftermath of the flashing floods that slammed Kurdistan's capital city and caused material damages to buildings.

Khoshnaw said in a press conference, "at 0300 am today, dusty rain began to fall. By 0700 am, floods struck some neighborhoods."

"So far, no casualties have been reported," he said, "the civil defense and municipality teams are working to open the roads."

"The volume of the damages was not immediately clear. Some power lines and services sustained some damages."

Khoshnaw said that the weather forecasts anticipated that the rainfall will continue until Friday.

"Therefore, in cooperation with the police, Zerevani, Asayish, Peshmerga, municipalities, and health directorate, the governorate of Erbil announced the status of alert."

The Governor urged the citizens to stay home and report any emergency.

"The Barzani Foundation is an alert status to provide relief to the citizens. The crisis committee in Erbil contacted the private companies to stay stand by."

Khoshnaw said that the governorate administration has allocated funds to compensate the citizens for their losses.

Fire erupted in a secondhand clothes market in Erbil