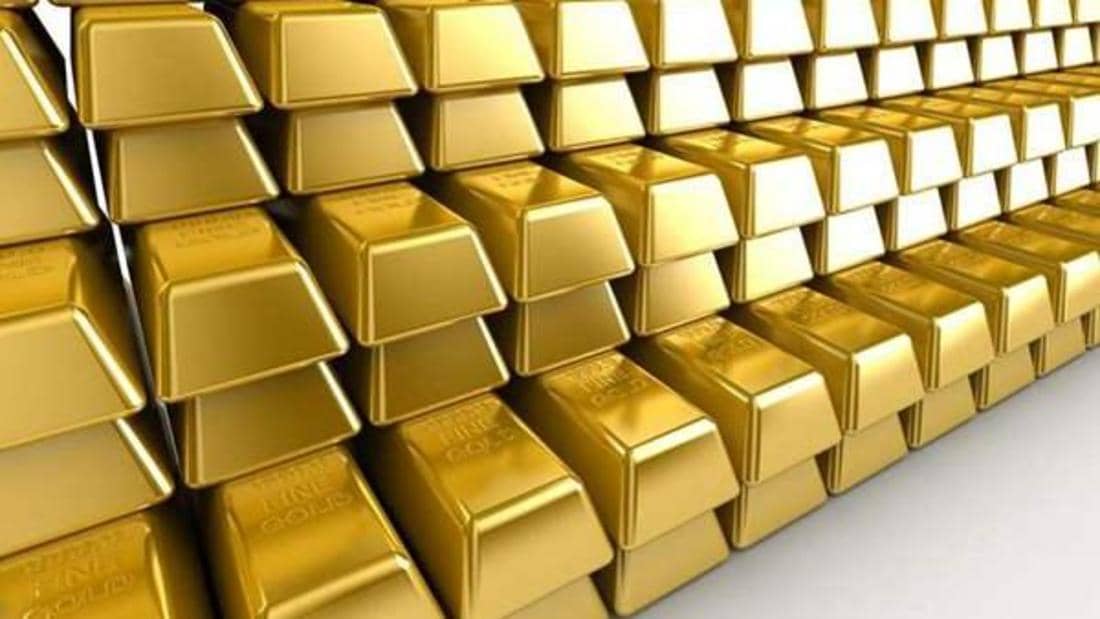 Shafaq News / Gold prices rose to a more than two-week high on Thursday after the U.S. Federal Reserve pledged to keep near-zero interest rates until 2023, although the safe-haven metal’s gains were capped by the central bank’s forecast of a strong economic rebound.

The U.S. economy was on track for its fastest expansion in nearly 40 years, the Fed said on Wednesday while reaffirming its ultra-easy monetary policy stance amid an expected, although temporary surge in inflation.

“There was a risk-on response (after the Fed announcement) and the dollar weakened significantly. One might expect dollar negativity to be supportive for gold. That wasn’t what happened, the main logic there really had to do with yields, which were on the march higher,” said DailyFX currency strategist Ilya Spivak.

“They are getting more optimistic and that doesn’t bode well for gold and suggests that the trend lower is likely to continue. It didn’t get a huge decline because the dollar was weaker.”

The dollar index slipped to a two-week low, while benchmark U.S. Treasury yields held close to a more than one-year peak.

“If the dollar continues its weakening track and yields continue to be calmed by Fed language, then this can set gold up for a test of $1,800,” said Nicholas Frappell, global general manager at ABC Bullion.

Palladium gained 1.2% to $2,599.75, extending its rally to the highest level since March 2, 2020 after Nornickel, the biggest producer of the metal, slashed its output forecast due to waterlogging at two Siberian mines.