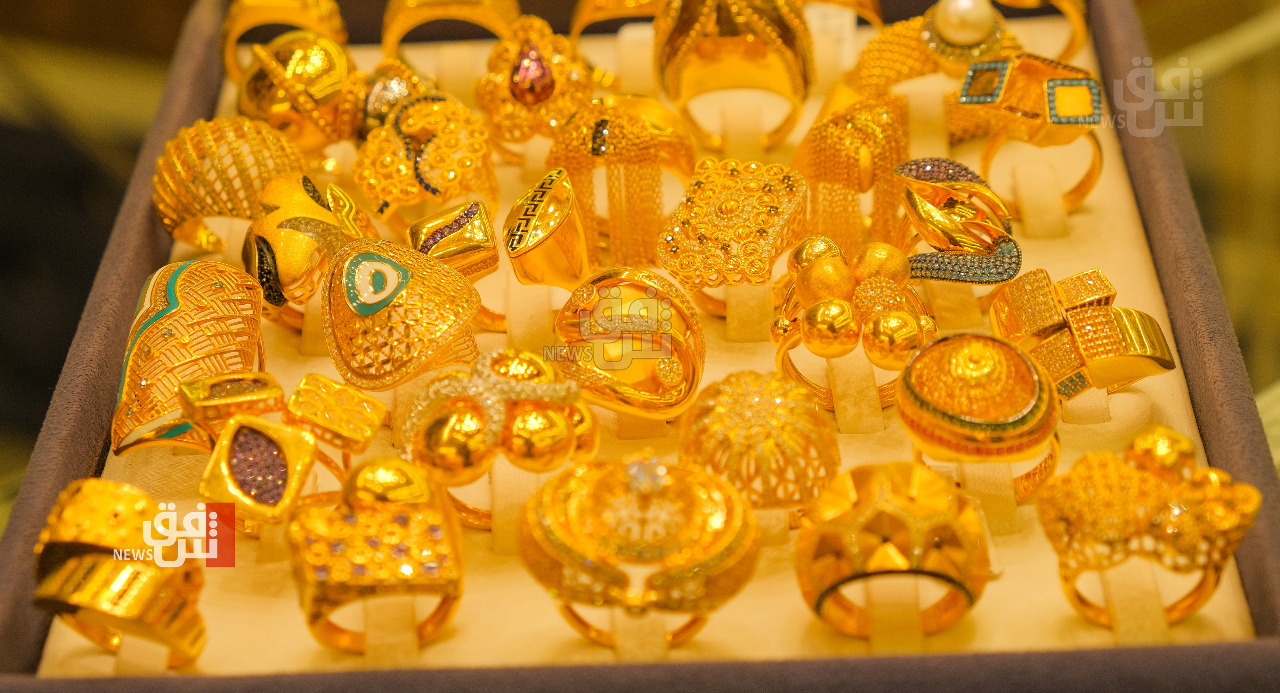 The selling and purchase prices of one mithqal of 21-carat Iraqi gold reached 330,000  Dinars and 333,000 Dinars, respectively.

The selling and buying prices of one mithqal of 21-carat Gulf Gold in blacksmithing shops settled at 360,000 and 365,000 dinars, respectively, while a mithqal of Iraqi gold's

A mithqal is equivalent to five grams.

Gold recovers from a nine-month low