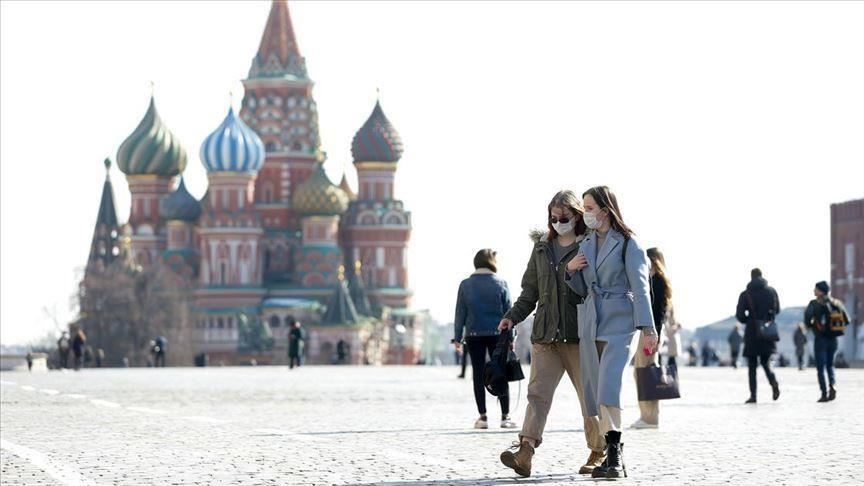 Shafaq News/ The United States and its allies on Wednesday prepared new sanctions on Moscow over civilian killings which President Volodymyr Zelenskiy described as "war crimes", as heavy fighting and Russian airstrikes pounded the besieged port of Mariupol.

The southern city of Mariupol has been under attack by Russian forces and constantly bombarded since the early days of the invasion almost six weeks ago, trapping tens of thousands of residents without food, water or power.

"The humanitarian situation in the city is worsening," British military intelligence said on Wednesday.

"Most of the 160,000 remaining residents have no light, communication, medicine, heat or water. Russian forces have prevented humanitarian access, likely to pressure defenders to surrender." Reuters could not immediately verify the report.

Western sanctions over Russia's Feb. 24 invasion of Ukraine, the biggest assault on a European nation since World War Two, gained new impetus this week after dead civilians shot at close range were discovered in the northern town of Bucha, seized back from Russian forces.

Moscow denied targeting civilians in Bucha and described evidence presented as a "monstrous forgery" staged by the West to discredit it.

New sanctions set to be unveiled Wednesday are in part a response to Bucha, the White House samor.

The measures, coordinated between Washington, Group of Seven advanced economies and the European Union, will target Russian banks and officials and ban new investment in Russia, the White House said.

EU executive Ursula von der Leyen said the bloc was working on banning oil imports, as well. Europe, which obtains about a third of its natural gas from Russia, has been wary of the economic impact a total ban on Russian energy would bring.

But signalling strengthening EU resolve, Germany's foreign minister said the coal ban was the first step toward an embargo on all Russian fossil fuel imports. Ukraine says banning Russian gas is vital to securing a deal to end the war in peace talks.

After an impassioned address to the UN Security Council on Tuesday, Zelenskiy said new sanctions "against Russia must be commensurate with the gravity of the occupiers' war crimes," calling it a "crucial moment" for Western leaders.

New Zealand said on Wednesday it would impose a 35% tariff on all imports from Russia and extend export bans on industrial products connected to strategic Russian industries.

"The images and reports emerging of atrocities committed against civilians in Bucha and other regions of Ukraine is abhorrent and reprehensible, and New Zealand continues to respond to (Russian President Vladimir) Putin’s mindless acts of aggression," Foreign Minister Nanaia Mahuta said in a statement.

The United States has agreed to provide an additional $100 million in assistance to Ukraine, including Javelin anti-armour systems, the Pentagon said on Tuesday.

U.S. chipmaker Intel Corp (INTC.O) said it had suspended business operations in Russia, joining a slew of companies to exit the country.

In the small Russian city of Kaluga thousands of auto workers have been furloughed and food prices are soaring as Western sanctions hit its flagship foreign carmakers.

Ukrainian officials say between 150 and 300 bodies might be in a mass grave by a church in Bucha, north of the capital Kyiv.

Satellite images taken weeks ago show bodies of civilians on a street in the town, a private U.S. company said, undercutting Russia's claims that Ukrainian forces caused the deaths or that the scene was staged.

Reuters reporters saw at least four victims shot through the head in Bucha, one with their hands tied behind their back.

Residents have recounted cases of several others slain, some shot through their eyes and one apparently beaten to death and mutilated.

On Tuesday, Ukrainian Serhii Lahovskyi buried the corpse of a childhood friend who had been shot through the mouth at very close range after disappearing when Russian troops occupied the town.

Lahovskyi and others grabbed shovels and dug a shallow grave on a grass verge. They used a carpet to carry the remains, placing him in a ditch before covering him with wooden boards and shovelling earth on top.

"Why did these animals shoot him so?" Lahovskyi said, sobbing. "This is not Russia, this is a monster."

Reuters could not independently verify the details of Lahovskyi's account or who was responsible for the killings in Bucha.

Since launching its invasion Russia has failed to capture a single major city in what it calls a "special military operation" aimed at demilitarizing and "denazifying" Ukraine.

The Kremlin's position is rejected by Ukraine and the West as a pretext for an unprovoked invasion that has uprooted a quarter of the country's population.

Russian column outside Kyiv has made little progress in over a week, UK Defence Ministry says