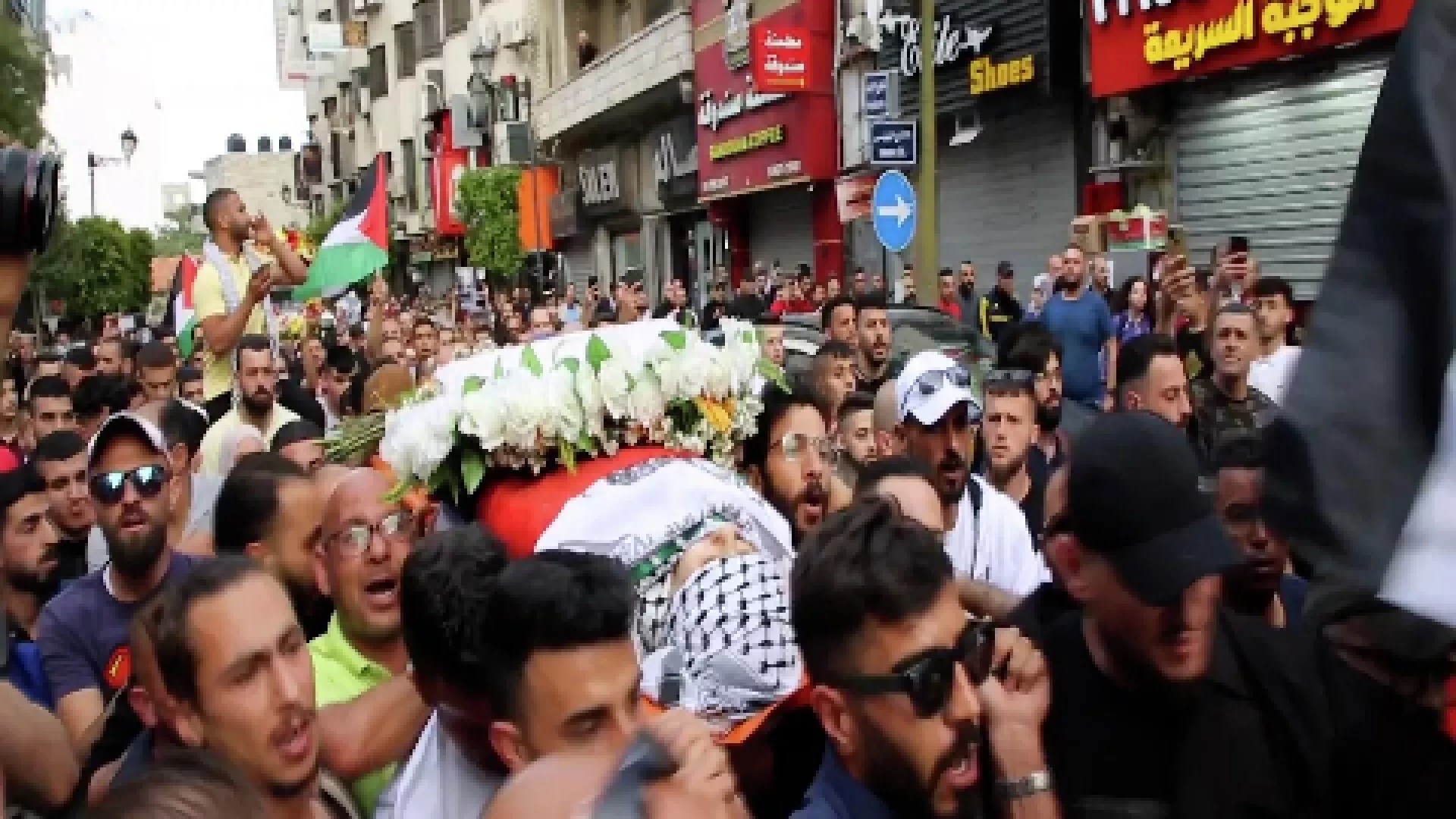 Shafaq News/ Mourners flocked to Jerusalem's streets on Friday to attend the burial of veteran Al Jazeera journalist Shireen Abu Akleh, who was shot dead on Wednesday while reporting on a israeli raid in the West Bank city of Jenin.

Israeli police met the mourners with as they tried to carry the coffin on foot. The funeral was taking place a day after a memorial procession that brought thousands to the West Bank city of Ramallah.

Hundreds gathered on Friday before the funeral outside St. Joseph hospital in East Jerusalem, where Abu Akleh's body remained until the burial.

Muslims performed Friday prayers and mourners chanted "walking, walking on foot," demanding that Abu Akleh's coffin be carried and transported on foot from the hospital to the Greek Orthodox Church, where a service will be held, and then to the burial site.

Mourners carried Abu Akleh's coffin out of the hospital, but were met with strong resistance from Israeli police who compelled them to transport the body by car. A flash bomb and tear gas were fired.

Al Jazeera live footage showed Israeli police beating mourners with batons as they struggled to carry Abu Akleh's coffin. The body was in turn brought back inside the hospital and then transported by car, said Al Jazeera.

The 51-year-old Palestinian-American Al Jazeera journalist was a prominent voice across the Arab world, delivering what many said was "the voice of Palestinian suffering" and their "aspirations of freedom."

Abu Akleh, a longtime TV correspondent for Al Jazeera Arabic, was killed on Wednesday while covering Israeli army raids in the city of Jenin in the northern occupied West Bank.

She was rushed to a hospital in Jenin in critical condition, where she was declared dead shortly after, at 7:15am (4:15 GMT), according to the Palestinian health ministry.