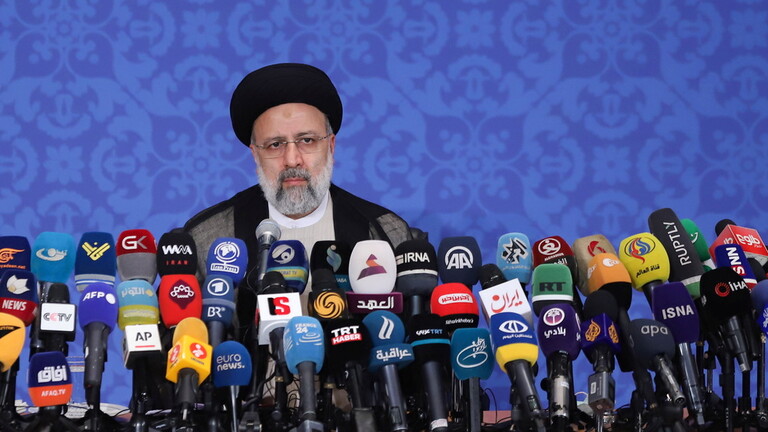 "If Trump and Pompeo (the former secretary of state Mike) are not tried in a fair court for the criminal act of assassinating General Soleimani, Iranian people will take our martyr's revenge," Raisi said in a speech on the second anniversary of the top General's assassination.

"Martyr Soleimani was on an official visit to Baghdad, at the invitation of the Iraqi prime minister, but with this crime, you (the United States) violated the sovereignty of Iraq and killed an entire nation," Raisi added.

On Saturday, the Iranian Supreme Leader, Ali Khamenei, during his meeting with the family of the Commander of the Quds Force, said, "dear Soleimani was and still the most patriotic and questionable figure in Iran and the Islamic world," describing the anniversary of his assassination as a "national and international event."

"The killers of Soleimani like Trump and those with him will end in the dustbin of history after being punished for the crime they committed." He said.

Yesterday, the Iranian media reported that Tehran called the U.N. Security Council to hold the United States and Israel responsible for the killing.

Soleimani, head of an elite overseas unit of Iran's Revolutionary Guards, was killed along with Iraqi leader Abu Mahdi al-Muhandis on January 3, 2020, in a U.S. drone strike on his convoy at Baghdad airport.

Washington had accused Soleimani of masterminding attacks by Iranian-aligned "militias" on U.S. forces in the region. His killing took U.S.-Iranian hostilities into uncharted waters and stoked concern about a major conflagration.

US expulsion will bring stability to Iraq: Iran's president