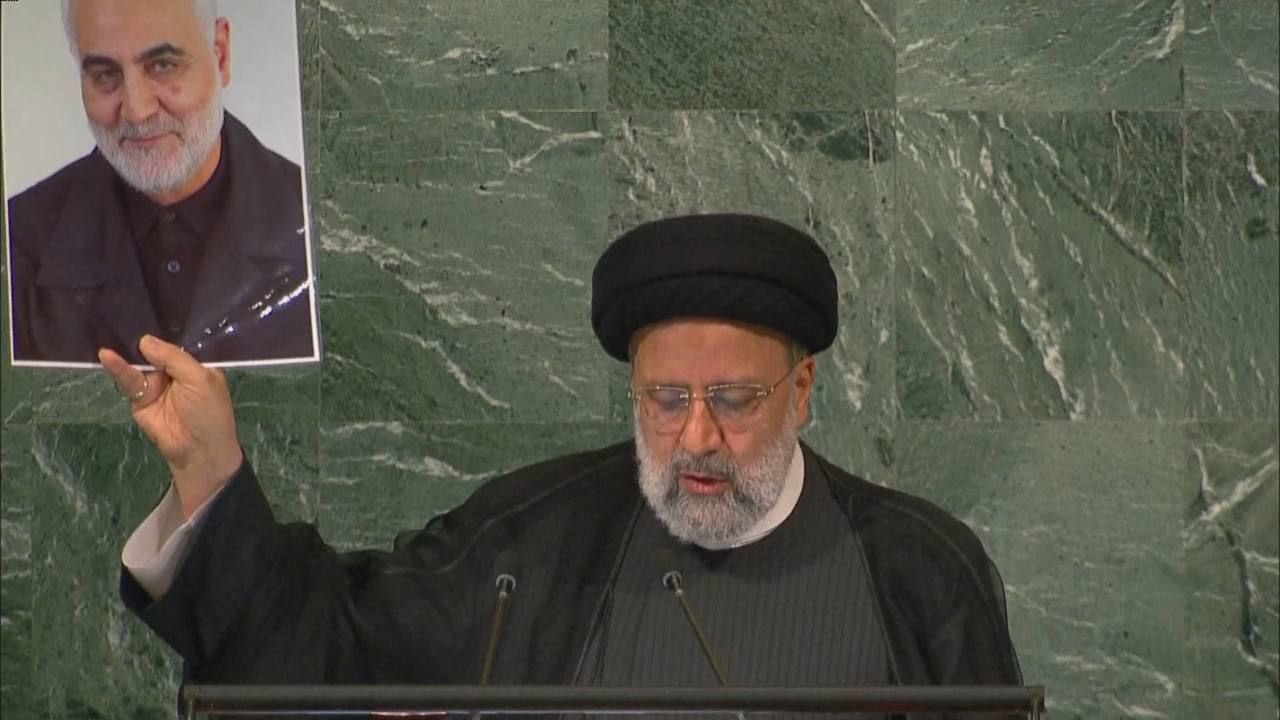 Shafaq News/ Iran's President Ebrahim Raisi told the United Nations on Wednesday that Tehran was not seeking an atomic weapon and demanded US guarantees it would abide by any revived nuclear deal.

Speaking at the 77th UN Assembly, the Iranian President raised a photograph of the IRCG’s IRCG'sder of the Quds Force, Qassem Soleimani saying, "No one has led the war against terrorism as Soleimani did," calling to "punish” forme" US President Donald Trump, who gave the order to assassinate Soleimani."

"Differences are not resolved by wars, but rather by dialogue. We wish to have the best relations with all countries, especially neighboring countries."

"We assured our neighbors that the Zionist entity (Israel) that occupies Jerusalem cannot be a partner in security in the region."

"The Islamic Republic adhered to all the provisions of the nuclear deal signed in 2015, but America stepped on it."

Soleimani to be a part of the Iranian Curricula