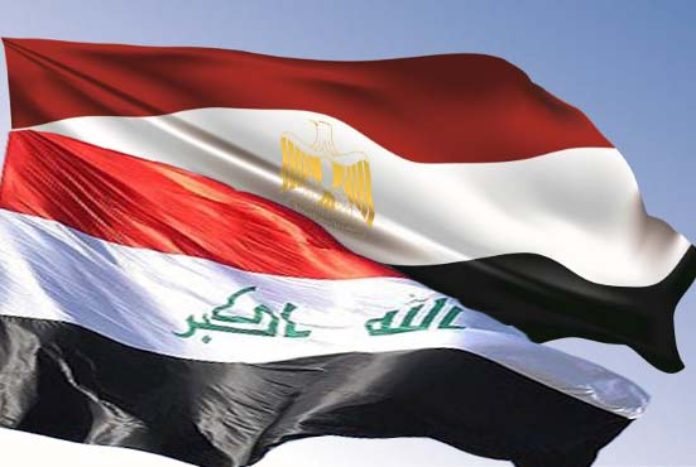 Shafaq News/ Egyptian government is watching with concern the situation in Iraq and Syria, the spokesperson to Egypt's ministry of foreign affairs (MoFA), Ahmed Abu Zeid, stated as Turkey and Iran continue to wage semi-daily attacks on the Kurdistan region of Iraq.

"Egypt is watching with extreme concern what the sisterly states of Iraq and Syria have witnessed over the past few days," abu Zeid said in reference to Iran and Turkey's recent attacks inside the Iraqi territory.

Abu Zeid said that his country demands an "immediate de-escalation" to avoid bloodshed and spare the country further "instability catalysts."

Turkey and Iran have carried out attacks against Kurdish areas of Syria and Iraq, threatening to destabilize the region and harm civilian life.

Turkey claimed its attacks were in response to "terrorism", although Ankara has provided no evidence that Kurdish groups are behind any terrorist attacks in Turkey.

Iran has claimed that its attacks are designed to counter Kurdish groups that back protests in the country. Kurdish cities have been at the forefront of the two months of protests against the regime.

Turkey's attacks have struck a wide swath of towns and villages across northern Syria and also northern Iraq. Turkey bombarded Kobani, a city that is famous for having resisted ISIS in 2014. It also attacked areas such as Tel Rifat, where many displaced people live as refugees.

These displaced people were already forced from their homes by a Turkish invasion of Afrin in 2018, when Turkey-backed Syrian rebel groups drove Kurds and other minorities from their homes.

Turkey also bombarded other areas along the border, including the area of Tal Tamr, where Christian minorities live, as well as Sinjar, where the Yazidis live. Yazidis were subjected to genocide by ISIS.

In many ways, Turkey’s widespread attacks targeted areas that ISIS also targeted in 2014, threatening to destroy the fragile peace that has existed since the US-backed Syrian Democratic Forces defeated ISIS in 2019.

Turkey, a NATO member, demanded in 2019 that the Trump administration withdraw from Syria, which the US did near the border, enabling a Turkish invasion. This was criticized at the time, and the US chose to stay in part of eastern Syria. However, the border area came under the control of the Syrian regime and Russian and Turkish forces.

Since 2019, Turkey has used drones to carry out targeted assassinations of Kurds along the border, including killing civilians and those Ankara claims are “terrorists.” Turkey assassinated a Kurdish female commander who had saved US lives during the war on ISIS, NBC News reported in July.

Ankara shifted the Syrian rebels to get them to fight Kurds, while it does outreach to Damascus, hoping to shift the remaining rebels to fighting in areas of eastern Syria.

This is at least the third round of massive Iranian attacks on the autonomous Kurdistan Region of Iraq since the protests began. The last attacks were on September 28 and November 14.

Like Turkey, Iran claims it is merely protecting its border by carrying out massive rocket and drone attacks that cause civilians to flee.

Like Ankara, it appears that Tehran’s real interest is killing members of Kurdish groups, rather than striking at anyone who is responsible for ongoing protests in Iran.

Both Turkey and Iran take advantage of the fact that Syria and Iraq have no air defenses or ways to defend themselves and that the Kurdish regions are particularly vulnerable. Although Western countries may back the SDF and Kurdistan Region of Iraq, the Western states can do no more than release statements expressing “concern” about the attacks.

Iran’s attacks on Monday were also slammed by the United Nations Assistance Mission for Iraq (UNAMI) and representatives of European countries in Erbil.

US and Russian forces conduct patrols in North Syria