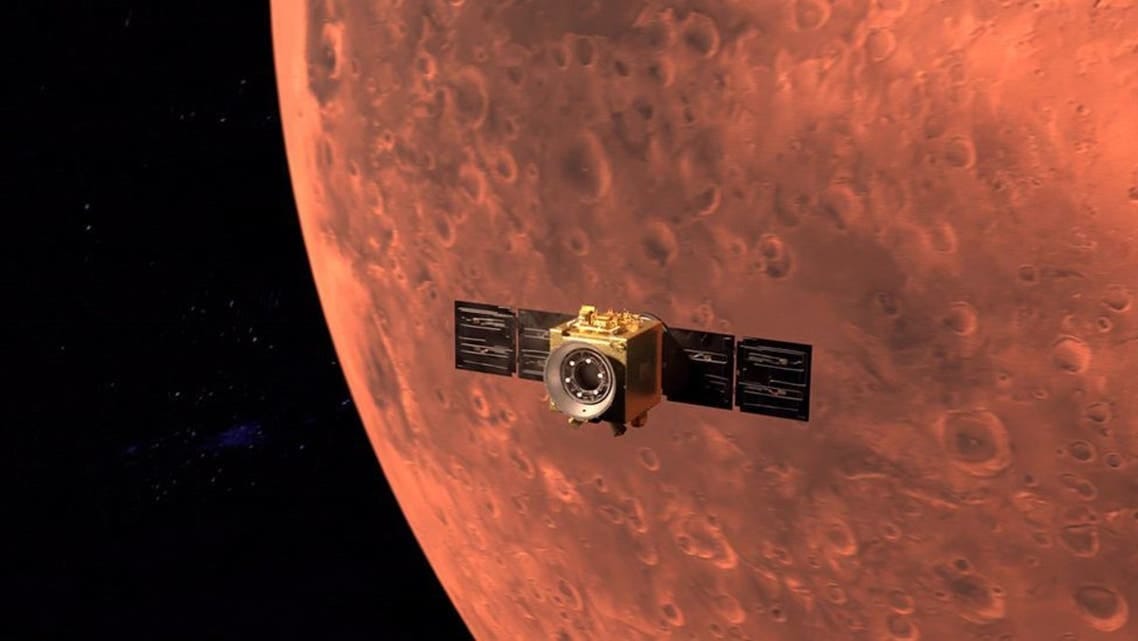 Shafaq News/ After several months orbiting Mars, a Chinese rover successfully touched down on the Martian surface Friday, making China the second nation, after the United States, to achieve a soft landing on the red planet.

The rover, named Zhurong after the Chinese god of fire, is part of China's Tianwen-1 mission, which launched in July 2020. The landing is a major milestone for China's space agency, which has advanced rapidly in just a few decades.

Few details about the Tianwen-1 mission have been made public, but the Mars probe and its accompanying rover are designed to map the Martian surface and search for signs of life on the planet.

The China National Space Administration said in a statement Friday that the Tianwen-1 spacecraft "has functioned normally" since its launch last year and has collected a "huge amount of scientific data."

The Zhurong rover landed Friday shortly after 7 p.m. ET in a region of Mars known as Utopia Planitia. The vast, icy plain was also where NASA's now-defunct Viking 2 lander touched down in 1976.

Thomas Zurbuchen, associate administrator for NASA's Science Mission Directorate, congratulated China's space agency shortly after the landing was confirmed. "Together with the global science community, I look forward to the important contributions this mission will make to humanity's understanding of the Red Planet," he wrote on Twitter.

China's Tianwen-1 mission is a key part of the country's lofty ambitions for space exploration. In December 2020, a Chinese probe landed on the moon and subsequently returned to Earth with a cache of lunar samples. As a result, China became only the third country, after the U.S. and the former Soviet Union, to accomplish such a feat.

In late April, China launched into orbit the first module for a planned space station. Rocket debris from that launch later fell back to Earth, crashing into the Indian Ocean and drawing criticism from NASA Administrator Bill Nelson and others over China's handling of the incident.

This year has been one for Mars missions. In addition to China's Zhurong rover, the red planet is playing host to several other new spacecraft. NASA's Perseverance rover successfully touched down on the Martian surface on Feb. 18 and officially began collecting science data this week. Previously, the rover served as a communications base for a tiny experimental helicopter, dubbed Ingenuity, which conducted the first powered, controlled flights on another planet.

In February, the United Arab Emirates' Hope probe also entered into orbit around Mars, making the UAE only the fifth nation or entity to do so. The spacecraft is designed to circle Mars and study the red planet's atmosphere.