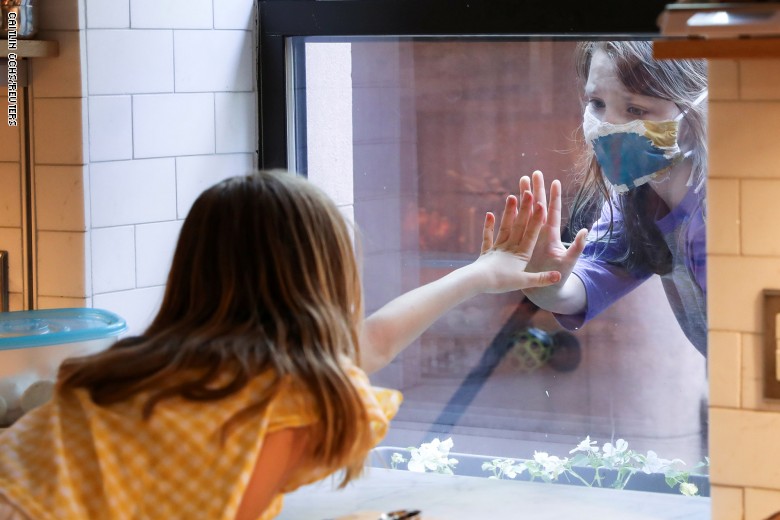 Shafaq News/ COVID-19 is now the fifth leading cause of death in Europe, where nearly 700,000 cases were reported this week, the highest weekly incidence since the pandemic began in March, the regional head of the UN World Health Organization (WHO) told journalists on Thursday.

Dr. Hans Henri P. Kluge said the tightening up of restrictions by governments is “absolutely necessary” as the disease continues to surge, with “exponential increases” in cases and deaths.

“The evolving epidemiological situation in Europe raises great concern: daily numbers of cases are up, hospital admissions are up, COVID-19 is now the fifth leading cause of death and the bar of 1,000 deaths per day has now been reached,” he reported.

According to BBC, A further 22,951 cases of Covid-19 were confirmed on Wednesday. "We have to act. We need to put a brake on the spread of the virus," French President Emmanuel Macron said in a television address.

The president added that this wave of Covid-19 was different from the outbreak in the spring because the virus had spread to all parts of France.

France managed to control the first outbreak by introducing a national lockdown.

It then opened bars and restaurants in the summer, and allowed foreign tourists to visit as part of an effort to boost the ailing economy. Schools reopened and universities began teaching classes in person in early autumn.

But since August the number of reported cases has accelerated quickly.

Wednesday was the third time in six days that France reported more than 20,000 new infections. Macron said the new measures aimed to reduce daily cases to around 3,000.

As with the first wave of Covid-19, there is concern that hospitals and intensive care units will become overwhelmed with patients.

The curfew, from 21:00 to 06:00, will apply for at least four weeks to Paris and its suburbs as well as Marseille, Lyon, Lille, Saint-Etienne, Rouen, Toulouse, Grenoble and Montpellier.

The measures will stop people from visiting restaurants and private homes during the evening and night-time. Private parties will be banned, even in areas not under curfew, from midnight on Friday.

Under this "high" alert level, there is a ban on households mixing indoors, including in pubs and restaurants.

More than half of England's population will now be living under high or very high-alert restrictions.

The areas to go into high alert restrictions this weekend are: London, Essex (apart from Southend and Thurrock), York, North East Derbyshire, Chesterfield, Erewash in Derbyshire, Elmbridge in Surrey, and Barrow in Furness, Cumbria.

The health secretary said "things will get worse before they get better".

The new three-tier system sees every area of England classed as being on medium, high or very high alert - also known as Tiers 1 to 3, respectively.

It came into effect on Wednesday, and the Liverpool City Region remains the only area currently in the highest tier.

South Asia: Sharp rise in child and maternal deaths due to COVID-19

WHO: 10% of world's people may have been infected with virus