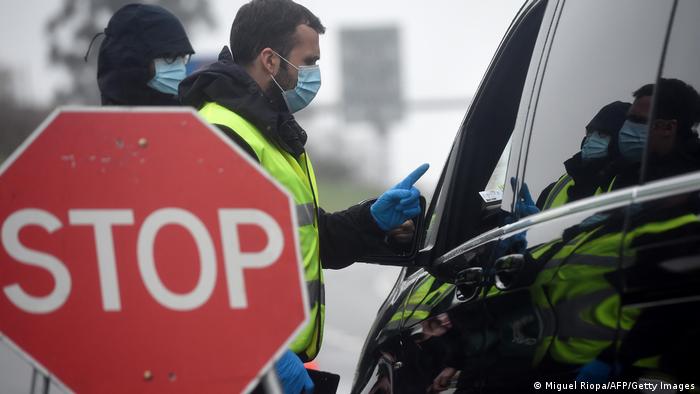 Shafaq News/ COVID-19 cases are on the rise again in various parts of Europe as the cold weather has affected the spread of the virus.

Countries on the Old Continent are attempting to curb the spike through various means - from a national lockdown in Austria, to limiting access to certain services elsewhere or pushing for an increase in vaccination rates.

Around 60% of people in Western Europe are fully immunised against COVID-19, but only about half as many are vaccinated in Eastern Europe.

Brussels has said that everyone should receive a booster shot six months after being fully vaccinated.

Concerns over a new variant in South Africa prompted the United Kingdom and Israel to impose new travel curbs.

The World Health Organization has warned Europe and Central Asia could face another 700,000 COVID-19 deaths by March 1. It said deaths due to COVID-19 rose to nearly 4,200 per day last week — a doubling of levels recorded at the end of September.

Here is a run-down of the latest situation in some of the European countries.

The Czech government declared a 30-day state of emergency and imposed additional coronavirus restrictions on Thursday.

The state of emergency comes into effect on Friday and is a powerful legal tool that makes it possible to restrict people’s rights.

Among the other measures, all Christmas markets across the country are banned while it’s also banned to drink alcohol in public places, Health Minister Adam Vojtech said.

Furthermore, bars, restaurants, nightclubs, discotheques and casinos have to close at 10 p.m.

The number of people at culture and sports events will be limited to 1,000 who are vaccinated or have recovered from COVID-19.

All other public gatherings can be attended by up to 100 visitors, down from 1,000.

The government's decision came after the daily tally in new coronavirus cases hit a new record of almost 26,000 on Tuesday.

Prime Minister Andrej Babis also said the government has been considering mandatory vaccination for certain groups of people, including the elderly, medical and military personnel and police officers.

Just over 58% of the Czech population has been fully vaccinated.

It comes less than two months after the country scrapped most curbs when the goal of vaccinating 86% of the population against COVID-19 was reached.

A recent rise in coronavirus infections compelled the government to act, Costa told a press conference, though he noted that his country hasn't seen a surge on the scale witnessed elsewhere in Europe.

From December 1, wearing a face mask will once again be mandatory in enclosed spaces; a digital certificate proving vaccination or recovery from the coronavirus must be shown to enter restaurants, cinemas and hotels; and even inoculated people must have a negative test to visit hospitals, elderly care homes, sports events and bars and discos.

Furthermore, everyone arriving on a flight from abroad must present a negative test result.

The measures are needed, Costa said, because of the surge in cases in some other EU countries, because the approaching winter commonly brings more respiratory infections, and because families will be in close contact at Christmas.

Authorities say there is currently no need for another lockdown in Portugal, as hospitals are coping.

The General Directorate for Health officially reported 3,150 new cases Thursday. The number of patients requiring hospitalisation was the highest since September.

The surge exceeded “the most pessimistic curves” drawn last week by experts, he said in a statement.

“The latest data gathered show that the… situation has considerably deteriorated,” he added, ahead of an urgent meeting Friday to discuss imposing further measures.

Violence broke out Sunday during a 35,000-strong Brussels street protest against the measures.

Prime Minister Mark Rutte is expected to announce tighter COVID-19 restrictions at a press conference on Friday which could include closing bars, restaurants and non-essential shops at 5pm.

In the port city of Rotterdam, five rioters were shot by police.

At least 173 people were arrested nationwide.

The tighter curbs will come just days after the Dutch caretaker government implemented a partial lockdown on November 13, forcing bars and restaurants to close at 8 pm.

The soaring number of cases in this nation of 17.5 million comes despite more than 84% of the Dutch adult population being fully vaccinated. Cases rose sharply among children aged 4-12, most of whom have yet to be inoculated.

The Netherlands recorded 22,274 new infections on Thursday, some 1,488 less than on Wednesday.

Official figures released on Thursday show Germany has become the latest country to pass the grim milestone of 100,000 deaths from COVID-19 since the pandemic began.

Germany’s disease control agency says it recorded 351 additional deaths in connection with the coronavirus over the past 24 hours, taking the total toll to 100,119.

In Europe, Germany is the fifth country to pass that mark, after Russia, the United Kingdom, Italy and France.

It comes amid a fierce debate over whether Germany should introduce mandatory vaccination.

Already, the country's defence ministry has said it could require German soldiers to have COVID jab.

Earlier in the week health minister Jens Spahn warned Germans will be "vaccinated, cured or dead" by the end of the winter.

In most regions, only the vaccinated and those who have recovered from the virus will be able to access public places such as restaurants or concert halls.

The country's lower house of parliament the Bundestag voted on Thursday in favour of new restrictions. The plans include new restrictions for the workplace and public transport.

The measures were proposed by the three parties expected to form the next coalition: the Social Democrats (SPD), the liberals and the greens.