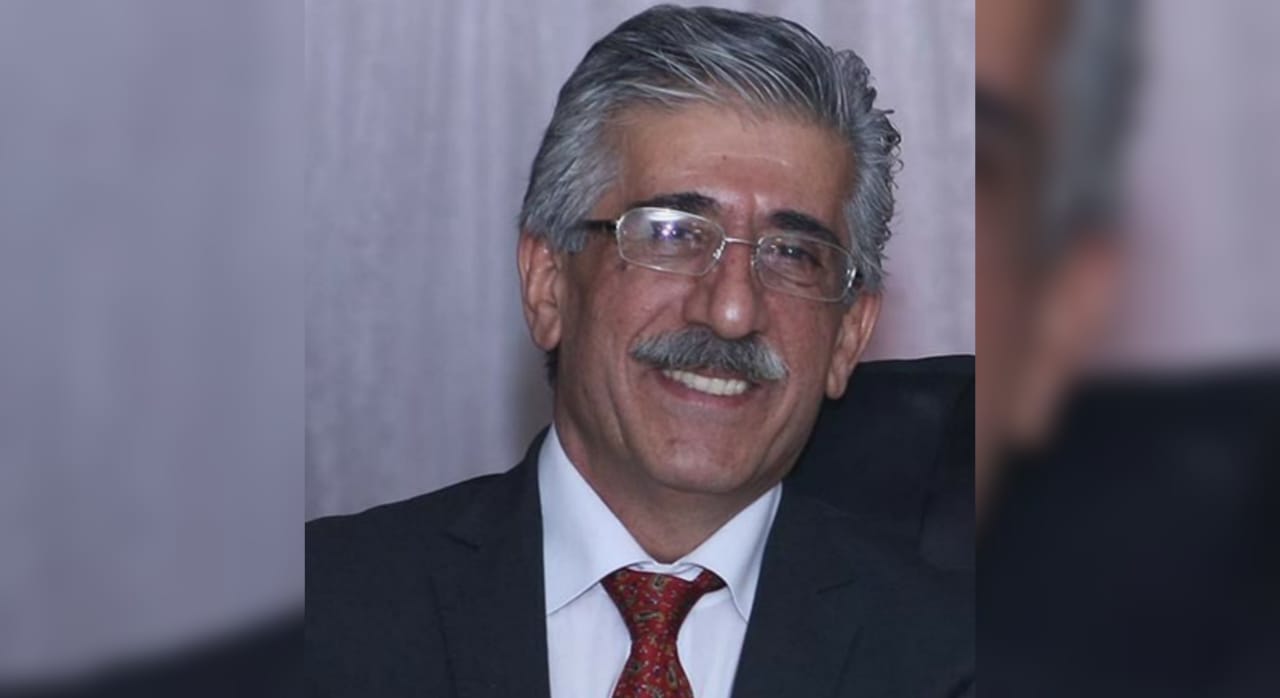 Shafaq News / Iranian Kurdish politician, Dr. Raheem Farahmand, expressed his surprise at the Iranian authorities' reluctance to respond to a request from Kurds living in Tehran, to establish a political party to defend the Iranian people’s rights -as a constitutional and humanitarian right.. Pointing out that the Iranian political orientation is still in the unilateral vision (one country - one people), and this cannot be changed easily.

"First of all, we must remember engineer Bahauddin Adab, one of the founders of this front. Fifteen years ago, we were talking about the United Kurdish Front and tried to say to the Iranian state that like any Iranian citizen -and like any civilian entity with identity, we want to participate to defend the Iranian people’s rights.. and we, on the constitutional and humanitarian levels, deserve this", Farahmand said in an interview with Shafaq News agency on the establishment of a Kurdish Party in Iran.

"It is not surprising, strange, or contrary to demand the natural rights of every Iranian citizen.. This call came after 15 years of efforts, even though the authorities and the powerful in Iran -reformists and fundamentalists, do not want to get rid of the rich and capital holders’ control over the political scene in Iran”, Farahmand said.

"We are seeking self-administration in the state’s work, and it seems that Iran's political orientation is still influenced by the unilateral vision (one country- one people) and has not been able to get rid of this trench", he added.

When asked why he worked for the United Kurdish Front, Farahmand said, "This is an entity doing its work, the aim of which is to complete those wishes we sought for 15 years ago.. As a faithful league from Kurdistan gathered in Tehran In 2001, nearly 20 years ago; we suggested establishing a party called Peace Party or Freedom Party, and then we submitted the proposal to the Ministry of Interior, yet it was rejected -and we do not know the reason behind this rejection”.

"Four years later, engineer Bahauddin Adab became a representative of Sanandaj (the capital of Kurdistan province in Iran) in the sixth session of the Iranian parliament, and he was surrounded by a group of Tehran's Kurds. We were told that the parties needed to be licensed, so we went into a spiral of paperwork to no avail; until we were told that the founding of the front requires nothing, so we called it the United Kurdish Front”, Farahmand added.

About his future vision of the political work they're doing, he said, "Previously, we have wasted many energies in vain, so we must have the right to have a licensed party, a party with a clear identity; whose objectives are understood by everybody without suspicion.. If we do our work in serving the Kurdish people smoothly and safely, we will be helping them. At least 10% of Tehran's population is Kurds, and more than 20% of the Iranian citizens are also Kurds; we seek to help alleviate their burdens and to carry our burden, and they must support us doing so”.

To elaborate why he shouldered all this burden, Farahmand said, "Because we believe in civil action.. We want to have a hand in the civil project in Iran and Tehran, and we want to push this class forward”.

About his last appeal, Farahmand Raheem said, “Brothers and sisters, we do not pose any threat or danger; we want support for the future.. I want to remind you of imam Ali's saying (Don't force your offspring to adjust for your time, they are created for a time other than yours). You have to be aware that we have changed with time, and you too must change your vision and look at our actions with eyes of culture, society, and politics”.

Farahmand concluded by saying, “We want the government to get rid of their old ideas, and to know that:

1.    The Kurds are not separatists. Who said that does not know the Kurds in the present -nor did he know them in the past, and is still stuck in the Pahlavi regime’s mentality..It is unfair to try to move forward, only to be pushed back.

2.    We want to remove ourselves from weakness and mistakes, and we want to define ourselves the way we are for all our partners in the country.

3.    The revolutionaries’ indiscriminate actions are no longer appropriate for this era -especially after 40 years of revolution, and so for us Kurds, we have abandoned the accumulations of those times”.