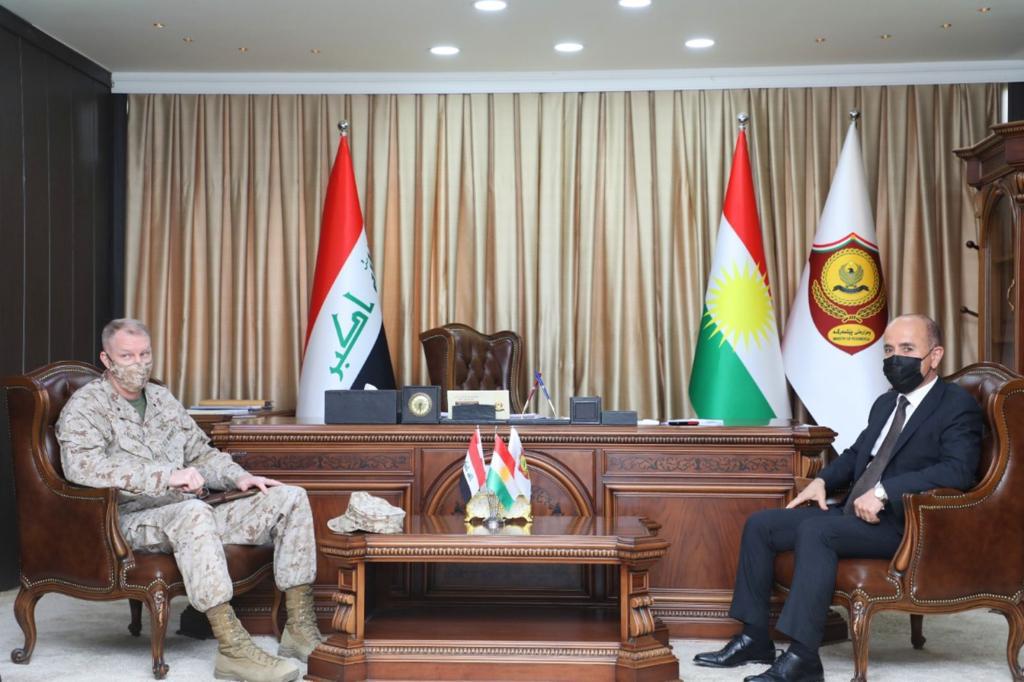 Shafaq News/ The Minister of Peshmerga in the Kurdistan Region discussed with the Commander-in-Chief of the Senior Advisers in the International Coalition in Iraq and Syria, today, Thursday, the latest developments in the region and the relations between the Ministry of Peshmerga and the Iraqi Ministry of Defense in the agreement on protecting "Kurdish areas outside the Kurdistan region".

According to a statement by the Peshmerga Ministry received by Shafaq News Agency, Minister Shoresh Ismail received the commander of the Senior Military Advisers of the International Coalition in Iraq and Syria and his accompanying delegation. Ismail praised the cooperation and coordination carried out by the coalition, which became a reason for the development and prosperity of the forces  Peshmerga in the field of military capabilities.

The statement added that the meeting touched upon the joint coordination center between the Peshmerga forces and the Iraqi army, indicating that the two sides stressed the importance of establishing this center, specifically in the disputed areas, to fill the security voids between the two sides, which terrorists exploit to carry out their actions in the region.

On the other hand, the statement indicated that the meeting discussed confrontation and prevention of the current movements and dangers of ISIS terrorists along the border between Iraq and Syria and its effects on the entire region's stability.