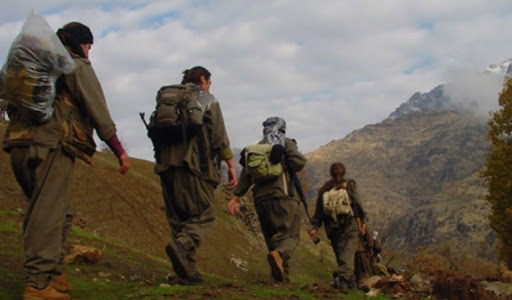 Shafaq News / The Kurdistan People's Defense Forces (HPG), the military wing of PKK, announced on Monday that it had shot down a Turkish helicopter in Haftanin, north of Duhok governorate.

It said in a statement, “on the 16th of August at 10:00 AM, Our forces carried out a military operation, in which they targeted a Sikorsky helicopter in Zagros region. Our forces were able to achieve a direct hit and shoot down one of the Turkish helicopters."

He added, " after 10 minutes of shooting down the first helicopter, our forces managed to achieve direct hits in a second Sikorsky helicopter and forced it to flee towards the Kafar area in the Kurdish state of Golmerk."

Earlier in the day, HPG announced the killing of 10 Turkish soldiers, also in Duhok Governorate.

Turkish airstrikes on a village in Duhok governorate