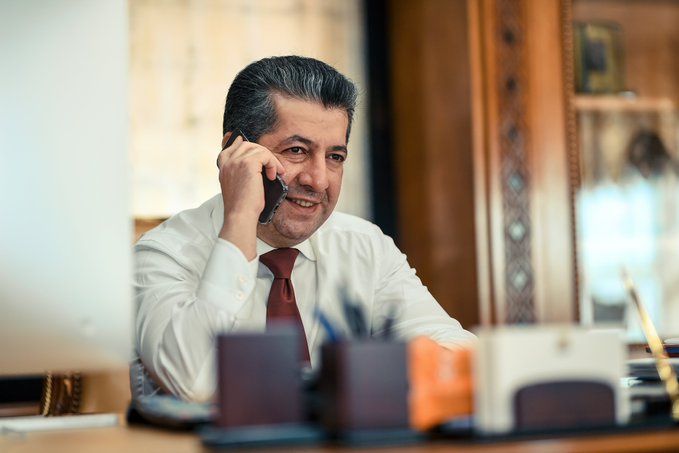 Barzani said in a tweet, " Pleasure speaking today with my friend Jean-Yves Le Drian. We discussed the recent terror attack on Erbil and the ongoing investigation. We very much value the strong and longstanding friendship between the peoples of Kurdistan and France."

On February 15, several rockets targeted Erbil international airport and residential neighborhoods, killing one person and wounding others, including an American soldier.