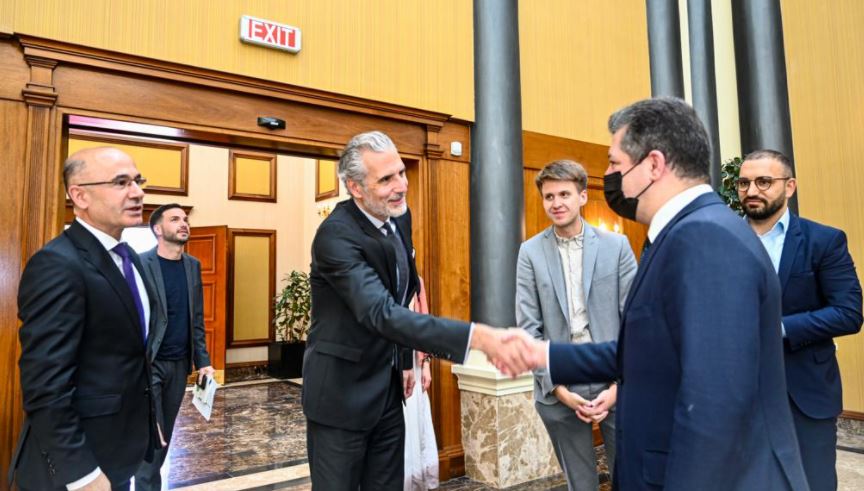 Shafaq News/ The Prime Minister of the Kurdistan, Masrour Barzani, received a delegation from the German lawmakers Max Lucks and Kassem Taher Saleh in Erbil on Thursday.

Barzani also expressed the Kurdistan Region's desire to strengthen relations with Germany at all levels.

"In the meeting, we also discussed the reforms undertaken by the Kurdistan Regional Government to diversify the economy and promote German investments," he wrote.

"We also discussed the relations between the Kurdistan Region and the federal government and the need to solve problems based on the constitution."

PM Barzani meets with the head of Chaldean Church