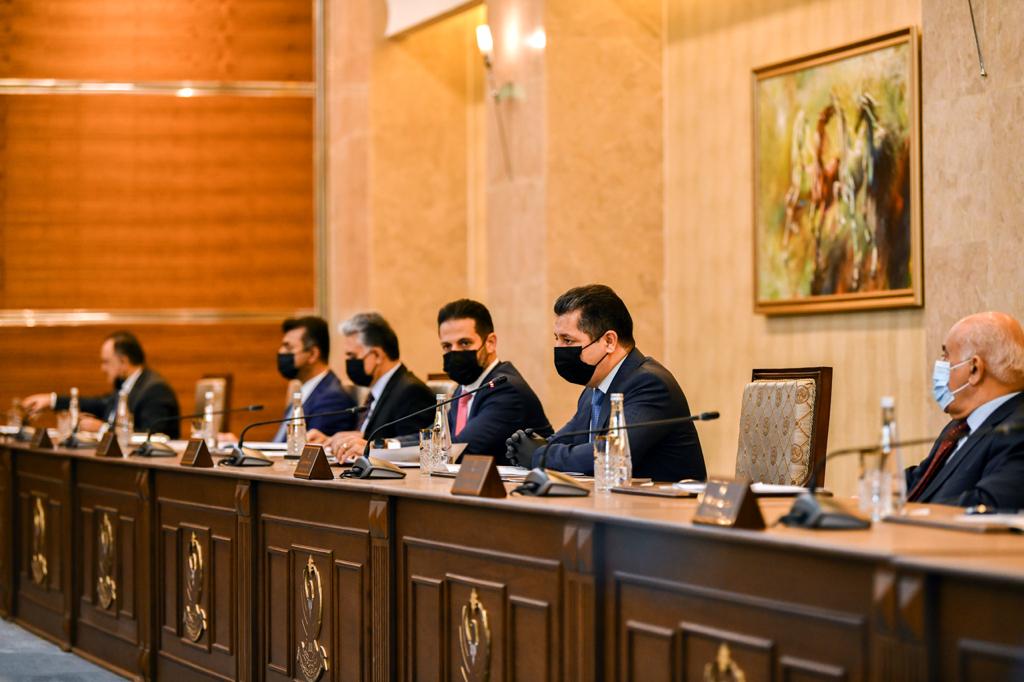 Shafaq News / the Kurdish Government condemned on Wednesday, PKK attack on Peshmerga forces in Jamanki, north of Duhok governorate, considering it an "assault" on the region and its legitimate institutions.

During its regular session headed by Prime Minister Masrour Barzani, The Regional Council of Ministers declared that “Peshmerga are the responsible forces for protecting the land and people of Kurdistan."

"The Regional Government refused any the Kurdish-Kurdish fighting, but the last PKK attack is targeted all the people of Kurdistan and not only Peshmerga. And we will work to prevent any security vacuum in the region. “It added.

Aland Amir the director of the sub-district, told reporters today, that “severe strain on Wednesday after clashes between Peshmerga and PKK which led the residents of about 40 villages from Jamanki district to evacuate their areas.”

In the same context, one Peshmerga fighter was killed in an attack by the Kurdish Workers Party (PKK) militants on Tuesday in northern Iraq, Kurdish sources said.

The security situation in the remote mountainous region remains fragile, however, with the presence of a number of different armed groups.

Turkey, the United States and European Union all classify the PKK as a terrorist organization.