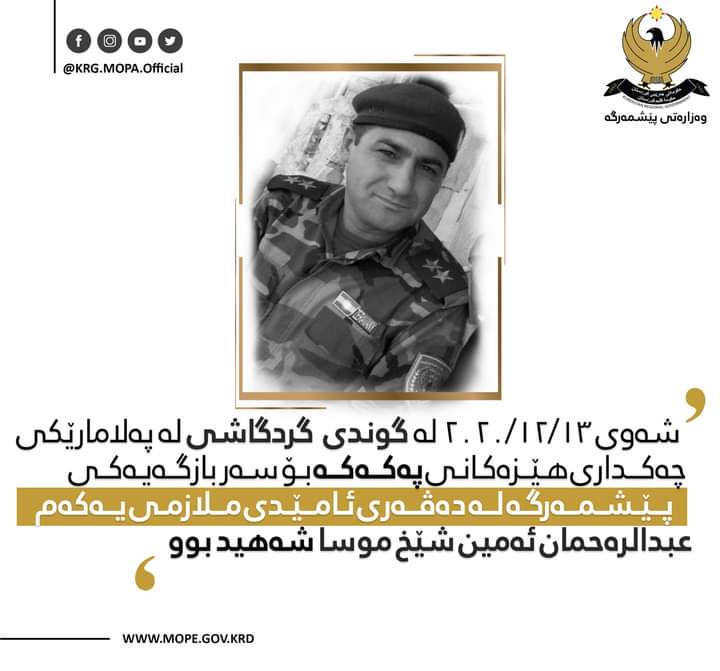 Shafaq News / The Ministry of Peshmerga announced on Monday the death of one of its members in a fire exchange with PKK fighters, north of Duhok.

In a statement received by Shafaq News agency, the ministry said, "Abd al-Rahman Amin Sheikh Musa, first lieutenant, was martyred by bullets from PKK militants, in Karakashi, in Amadiyah district."