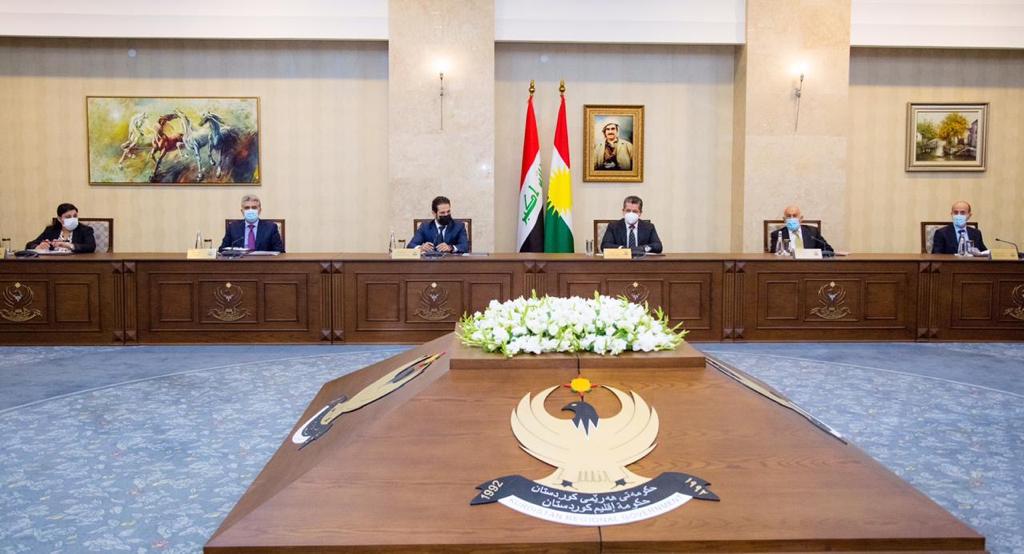 At the beginning of the meeting, the Prime Minister expressed his regret for the increasing caseload and death toll from COVID-19, calling on all government institutions and departments to adhere to preventive measures and health guidelines, and the citizens to do everything possible to preserve their safety.

The meeting stressed the need to restore security in Iraq and protect embassies, missions and diplomatic offices in Baghdad and prevent the deterioration of the situation in Iraq, as it is not in the interest of Iraqi citizens, including Kurdistan's.

The Minister of Interior, Rebar Ahmed Khalid, and the Minister of the region for Negotiation Affairs with the Federal Government, Khaled Shawani, presented a detailed report prepared by the Negotiating Committee on the negotiations with the Federal Government regarding the Kurdish regions outside the administration of the region. The Cabinet approved the proposed plans and recommendations presented and directed the Committee to continue Previous efforts in this regard and working seriously to implement Article 140 of the constitution, especially since the issue of lands and disputed areas is one of the priorities of the ninth ministerial formation and the public opinion in the Kurdistan Region.

By the end of the meeting, the Cabinet Secretary Dr. Amanj Raheem, a detailed report supported by the numbers, statistics, legal and financial clarifications needed on the salary file in the Kurdistan Region. The meeting stressed that the salaries and financial entitlements of employees are rights established by the laws. The Council called on the federal government to disburse the region’s share in As soon as possible.

The Cabinet approved the Ministry of Finance and Economy’s proposal to increase the upcoming salary funding from 82 to 79 percent, and reduce the funding cut-off from 21 to 18 percent.