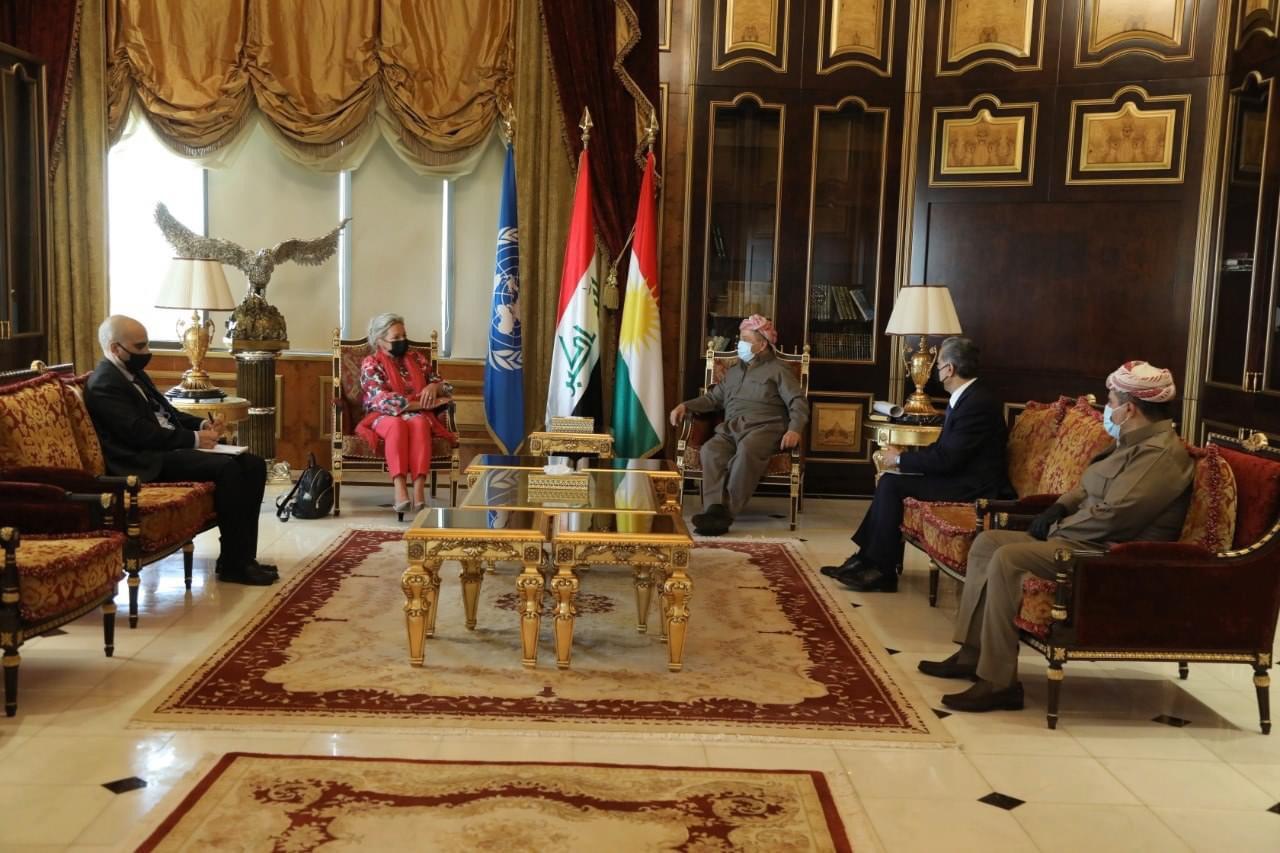 Shafaq News / The Kurdish leader, President of the Kurdistan Democratic Party, Masoud Barzani, today, Tuesday, expressed his opinion about the early elections to be held in the middle of next year in the country, this come during his meeting with the Special Representative of the Secretary-General of the United Nations in Iraq, Jenin Plasschaert.

According to a statement issued by Barzani's office reported to Shafaq News agency, during the meeting they discussed the political situation, the latest developments in the region, as well as the challenges facing the political process in Iraq.

The statement said that Barzani had expressed to Plasschaert his opinion and observations regarding the upcoming elections in Iraq and the election law.

The statement indicated that during the meeting, the visit of Prime Minister Mustafa Al-Kadhimi to the Kurdistan Region was described as positive.

With regard to the Sinjar region, the two sides stressed the need of reform so that the people of the region can return to their homes and resume their lives, according to the statement.

Kurdistan is ready for more US investments, Barzani says

PM Barzani: Goods produced in Kurdistan Region must be exported