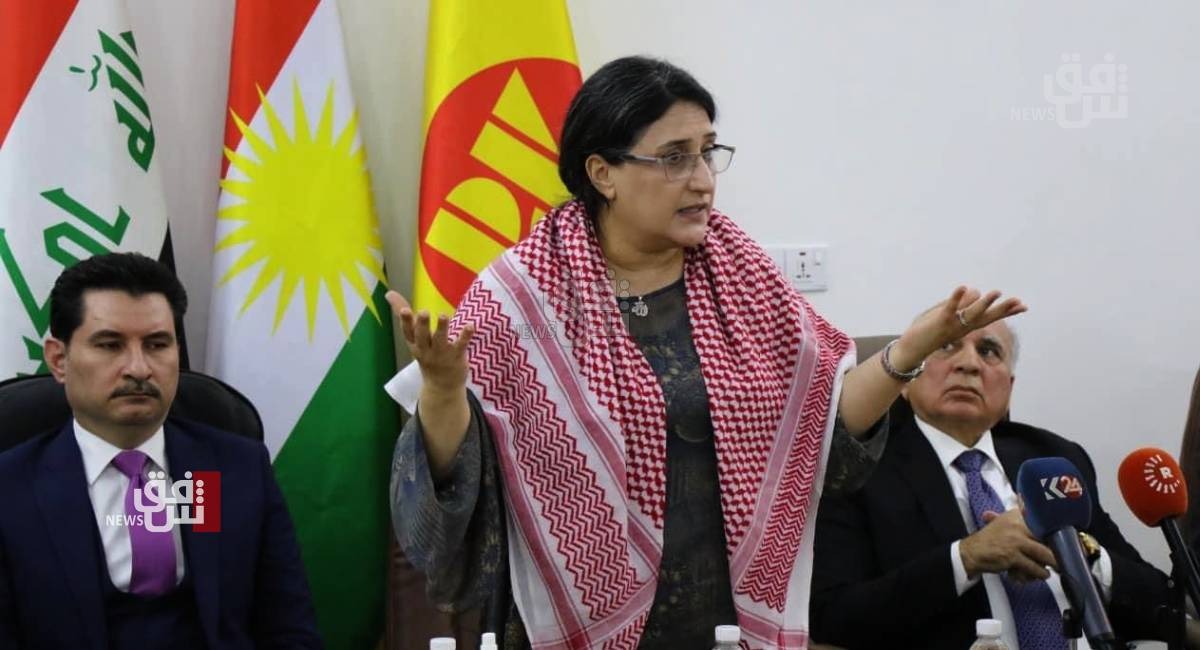 Shafaq News/ The new head of the Kurdistan Democratic Party's fifth branch, Ashwaq al-Jaff, on Monday said she will work to create an environment for political agreements that uphold the Iraqi constitution.

In a statement to Shafaq News Agency, al-Jaff said, "we will open an office of the party in Baghdad. It will be run by Fuad Hussein, the politburo member, as chief and myself as a deputy."

Al-Jaff said she will work to enhance the KDP's presence in the southern and central governorates to "create a fertile soil for the political agreements that uphold a real-life implementation of the Iraqi constitution."

"Iraqis from Zakho to Basra are keen about implementing the constitution," she continued, "a team that holds the beliefs of Mulla Mustafa Barzani can endure a tough working environment like Baghdad."