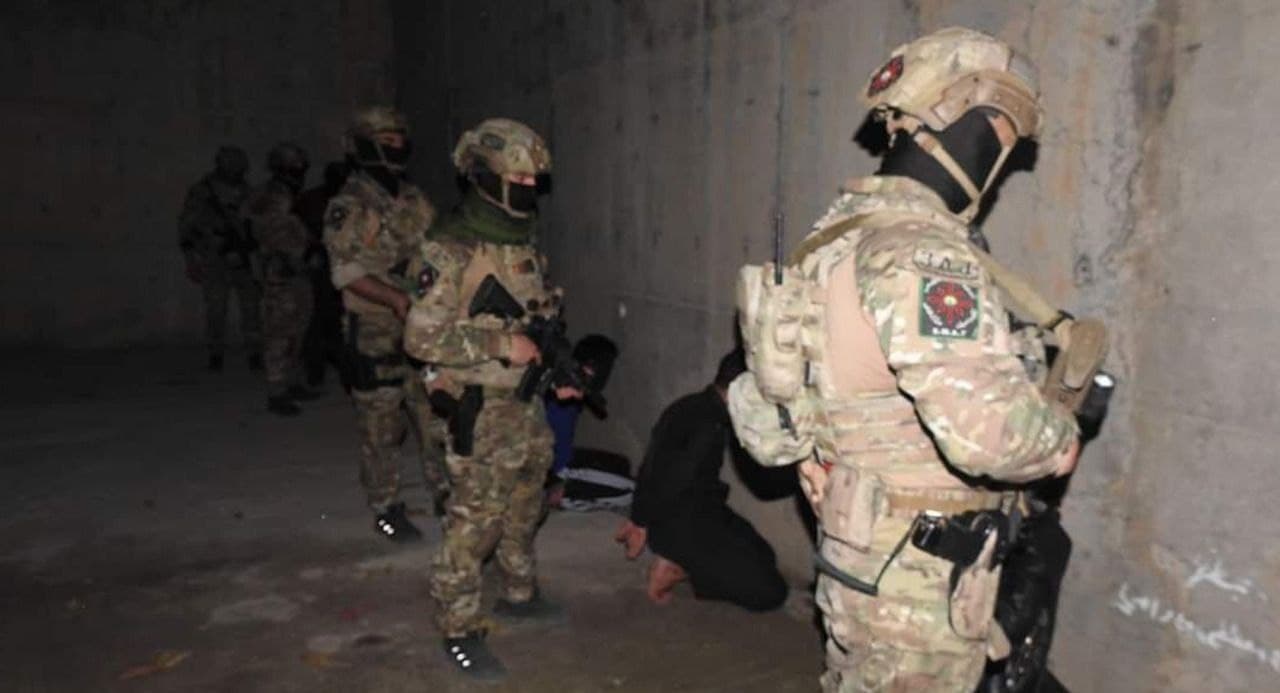 Shafaq News/ The Asayish directorate announced today dismantling an ISIS cell in al-Sulaymaniyah that was trying to carry out attacks in Kurdistan Region.

The directorate said in a statement that a wide security campaign was launched, during which members of an ISIS sleeper cell were arrested in Halabja.

The forces also seized ammunition, weapons, and explosive materials that the terrorists intended to use in their terrorist plans.

Peshmerga carries out a security operation against ISIS near Tuz Khurmato