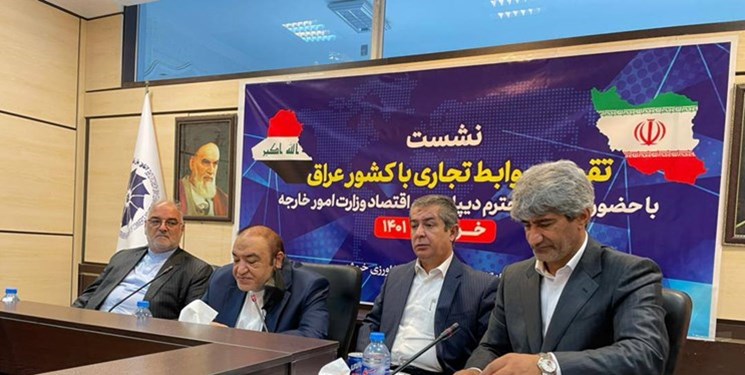 According to Iran's semi-official Fars news agency, the Iranian diplomat discussed with al-Eidani the commercial exchange between Iran and Iraq across the Shalamcheh border-crossing the Korramshahr-Basra railway linkage.

"Iranian pharmaceuticals are capable of establishing a high level of cooperation with Basra, particularly in manufacturing chemotherapy medications," Safari said, "we suggest that this cooperation takes place in the duty-free zones to benefit from the facilities they provide."

Safari and his accompanying delegation took part in an economic forum held in the presence of businesspersons from Maysan, Dhi Qar, and Basra.

"Our priority in President Raisi's government is to build economic and commercial ties with neighboring countries. The friendly and fraternal country of Iraq is on the top of these countries," Safari said during the meeting.

In a symposium on developing economic ties between Iran and Iraq at the University of Basra, Safari offered an insight into the advancement the Iranian companies have achieved in information technology, expressing Tehran's willingness to share this experience with Iraq.