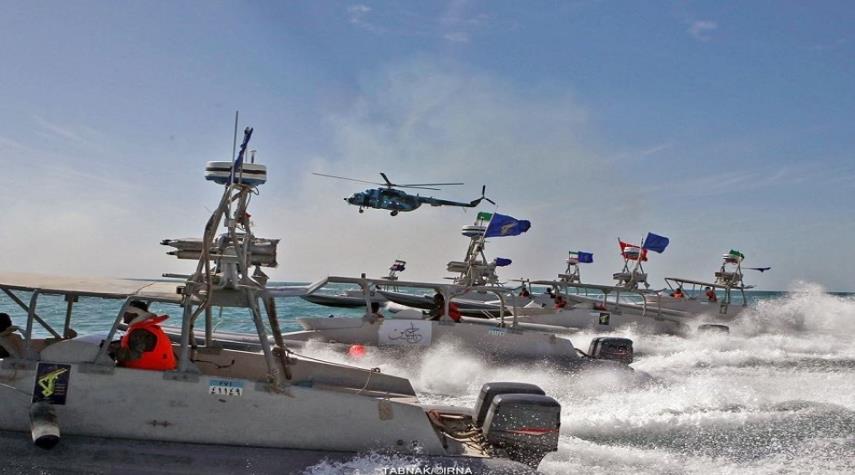 Shafaq News / The Iranian Islamic Revolutionary Guard Corps (IRGC) began today, Tuesday, exercises in the Gulf waters, west of Strait of Hormuz, with the participation of the navy and air forces.

The Guards said that the last phase of "Al-Nabi Al-Aazam" will include launching missiles and drones and testing radars.

In a statement, the guard said that missile and drones attacks will be carried out against the enemy's virtual sites, along with laying mines and cutting communication lines for enemy ships, launching missiles by helicopters, as well as launching surface-to-sea missiles.

The Revolutionary Guards announced that the area of ​​operations will be monitored using the "Nour" military satellite.