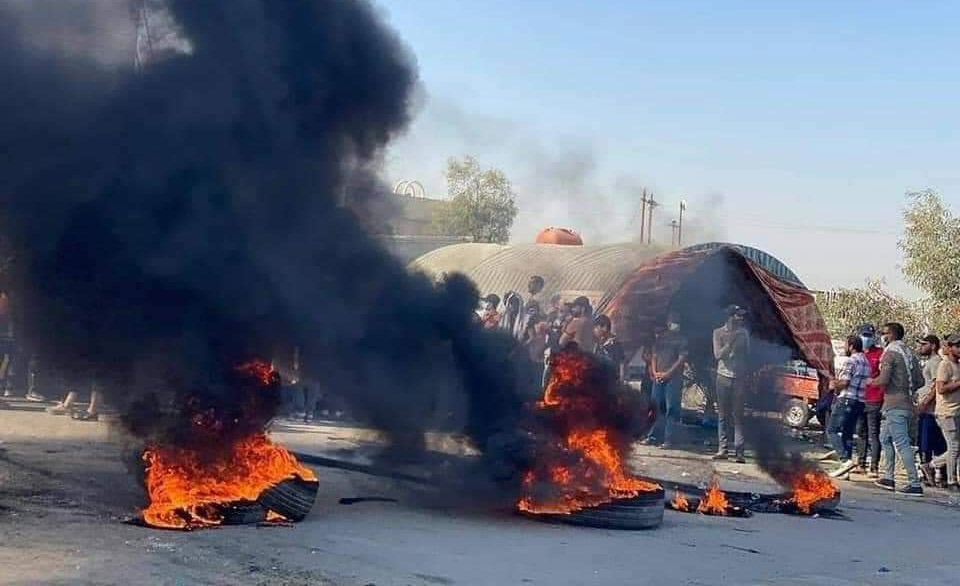 Shafaq News/ Engineers contracted with Dhi Qar Oil Company organized on Wednesday morning a sit up to demand their permanent establishment in the company.

Shafaq News Agency correspondent said that the protesters demanded equity to their peers who were granted established posts under the regular budget of the government company.

He added that the protesters blocked the oil company's gates and denied other employees access to their offices.

An NGO warns of an environmental disaster in Dhi Qar