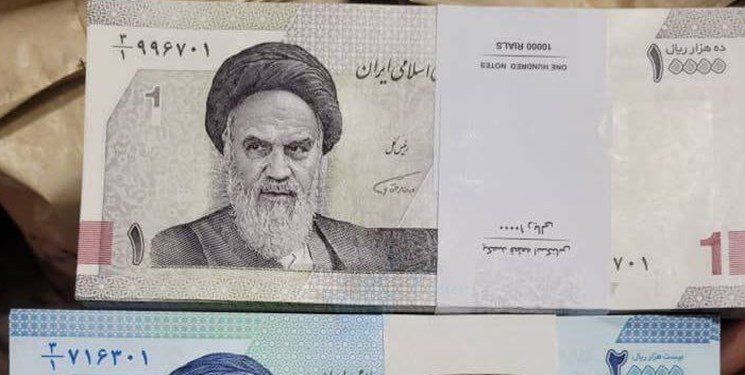 Authorities say the change will make it easier to carry cash and use it for payments.

Besieged by runaway prices and food shortages, primarily as a result of the sanctions imposed by the United States, Iranian lawmakers have decided to give the Islamic republic’s currency a new lease of life - or so it seems.

In May earlier this year, the Iranian parliament has agreed to cross four zeros out from the banknotes, making it easier for people to transact without wasting time calculating the price of eggs or chicken, which can run into tens of thousands of rials.

Over the next two to five years, Iranian rials will be taken out of circulation and replaced with the toman - one toman will be equal to 10,000 rials.

High inflation, a years-long headache for Iranians, has eroded the value of the rial. It costs more than 150,000 rials to buy one US dollar in the open market while the official exchange rate is pegged at 42,000 rials to one US dollar.

Iranians have long abandoned calculating prices in rials in their everyday affairs. Instead, a customer or trader might use the rial as a currency but quote prices in tomans with one toman equal to 10 rials at the moment.

Although confusing to an outsider, the system helps locals to avoid calculations in the millions and billions.

The outbreak of the coronavirus pandemic has further discouraged the use of cash as people avoid handling banknotes.

The Iranian government had been considering replacing currency notes, something known as a redenomination, since 2016.

The replacement of the currency notes won’t have a significant impact on Iran’s inflation rate of 40 percent, which is the result of US-led economic isolation and a sharp drop in the price of oil. Iran derives most of its export revenue from oil and gas sales.

A currency's value depends on a host of factors including the monetary policy, balance of trade and investor perception.

With the Islamic republic embroiled in regional conflicts that stretch from Yemen to Syria, and the European Union (EU) struggling to make good on its promise to circumvent US sanctions on trade, Tehran is likely to continue wading through economic troubles in the near term.

Knocking off zeros from the currency is especially cosmetic in the face of high employment and difficulties that businesses and households face in finding imported goods like medicines.

In the last few decades, a number of countries have reverted to redenomination to fight runaway inflation without any significant impact on the overall economic situation - except for a few exceptions.

Zimbabwe is a classic case of what happens when the government lops off zeroes from banknotes without addressing underlying economic issues.

In 2009, the country struck off 12 zeros from the Zimbabwean dollar after a bout of hyperinflation that hit 79 billion percent with prices doubling every 24 hours. The highest denomination note was 100 trillion Zimbabwean dollars - and that wasn’t enough to buy a loaf of bread.

Argentina, Brazil and Nigeria are among others who have resorted to redenomination largely in the wake of runaway inflation.

After years of struggling with high inflation, Turkey removed zeros from the lira notes in 2005 but that move followed aggressive economic and social reforms.

After facing a financial crisis in the early 2000s, Ankara liberalised the market, privatised loss-making state-run companies, and removed capital controls, making it easier for foreign investment to come in.

It fixed the banking system and improved ties with its European neighbours and brought inflation down to a 30-year low.

All of this made it easier for then prime minister, Recep Tayyip Erdogan, to strike off zeros from banknotes.