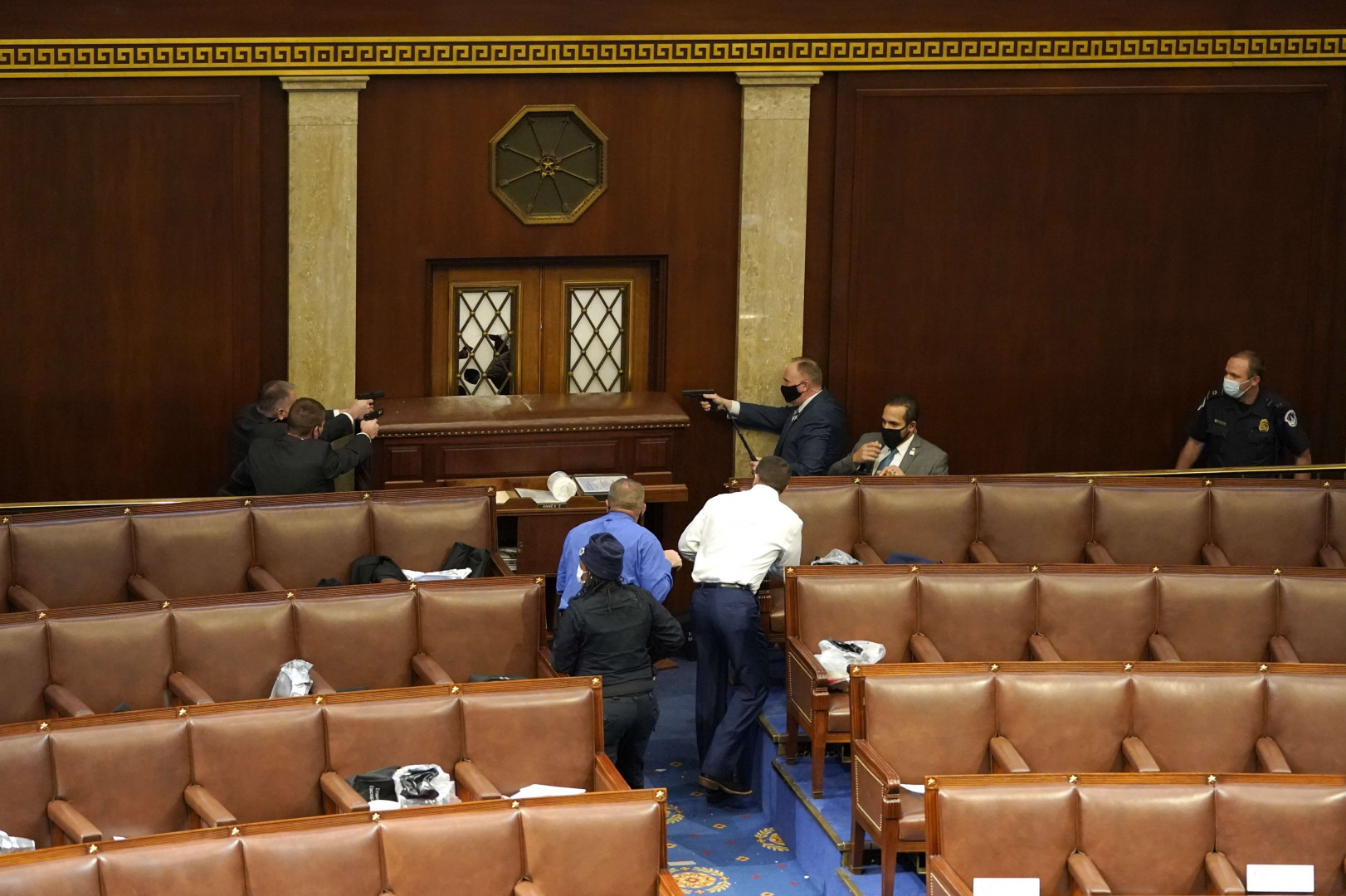 barricades went up in the House chamber amid reports that a person was shot inside as protests erupted into violence, during the certification of Electoral College votes Wednesday, Fox news reported.

Protesters reportedly smashed glass doors and authorities drew their weapons at one door. The certification was stopped after Congress recessed as the chaos escalated outside and inside the Capitol building.

Fox News learned a shooting victim was transported. No details on the shooting were immediately available.

In a tweet, Trump urged his supporters to "remain peaceful!" as they stormed the Capitol and attacked police officers.

"I am asking for everyone at the U.S. Capitol to remain peaceful," he wrote. "No violence! Remember, WE are the Party of Law & Order – respect the Law and our great men and women in Blue. Thank you!"

A congressional source told Fox News that the Cannon House Office Building and Madison Library of Congress Building were briefly evacuated after several suspicious packages were reportedly found in the area.

Vice President Mike Pence, who broke with Trump and refused to reject the electoral votes and send them back to the states, was ushered out of the chamber.

The U.S. Capitol complex has been placed on lockdown. An announcement played that said in the U.S. Capitol said to "move away from windows and doors" and "no one can leave or enter." People were still permitted to move about inside the building.

Multiple suspicious packages have been found near the Capitol grounds, according to multiple law enforcement officials. At least one of these devices looked like a pipe bomb, according to an official who saw the device.

It is unclear if these are actually explosive devices, or if they might be a hoax. The D.C. bomb unit has been contacted. A command center has been set up near 100 block of E Street SE.

Meanwhile, a Video shared online showed a crowd, some of whom carried pro-Trump and American flags, clash with federal law enforcement officers wearing helmets and shields.

Washington D.C. Mayor Muriel Bowser issued a citywide curfew amid the continuing violence that will run from 6 p.m. until 6 a.m. Thursday.

Former White House Communications Director Alyssa Farrah, who resigned in December, urged Trump to condemn the violence from his supporters.