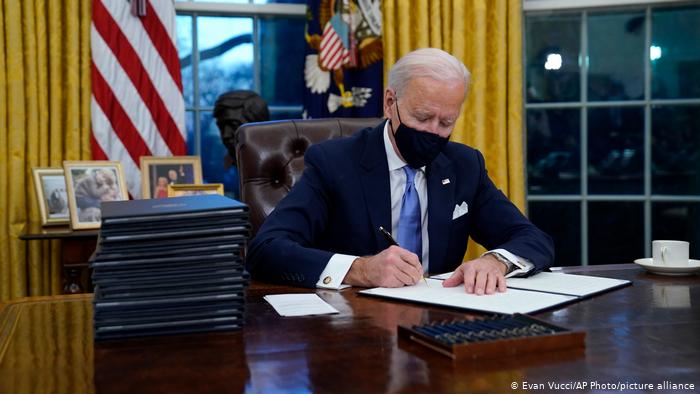 The US State Department spokesman said: “As the president said, we are ending all American support for offensive operations in Yemen, including related arms sales.”

Most importantly, this does not apply to offensive operations against ISIS or al-Qaeda in the Arabian Peninsula, but it includes both materiel and restricting … the intelligence-sharing arrangements we have with Saudi Arabia and the Saudi-led coalition as directed. President”.

“All arms sales to Saudi Arabia will return to standard procedures and specifications, including appropriate legal reviews at the State Department,” Price added.

Price indicated that the US administration understands that “Saudi Arabia faces real security threats from Yemen and other countries in the region.”

Price indicated that the US administration understands that “Saudi Arabia faces real security threats from Yemen and other countries in the region.”

“As part of that interagency operation, we will look for ways to improve support for the stability of Saudi Arabia to defend its territory against threats,” a State Department spokesman said.

This comes as the Saudi Foreign Minister, Prince Faisal bin Farhan, called his US counterpart Anthony Blinken, on Friday, according to the official Saudi Al-Ikhbariya channel.

The Saudi Foreign Minister congratulated his US counterpart on assuming his position, and expressed the Kingdom’s aspiration to work with the United States to face common challenges and maintain security and stability in the region.

The two ministers discussed strategic relations between the two countries, in addition to a number of issues of common interest, according to the “Al-Ikhbariya” channel.

Amid standoff with Russia over Ukraine, Biden approves sending troops to Eastern Europe