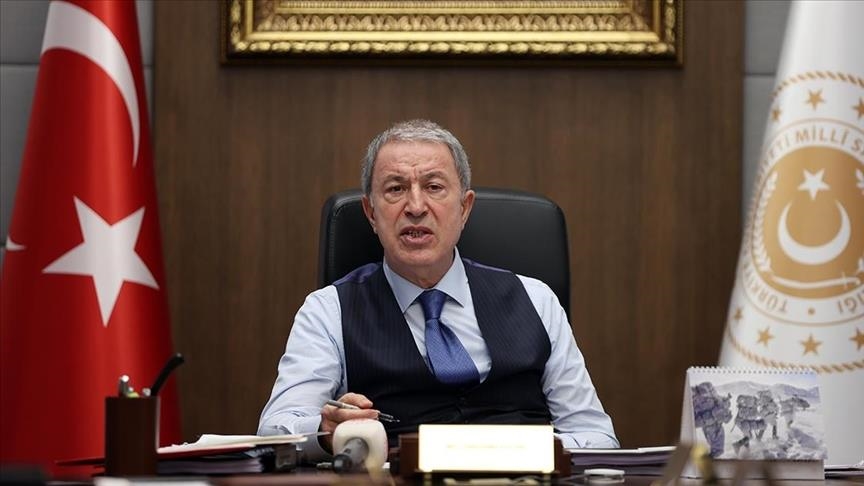 Shafaq News/ On Tuesday, Turkiye announced that it eliminated more than 500 PKK members.

Defense Minister Hulusi Akar said that almost all PKK fighters from the Zab region in northern Iraq were neutralized.

He explained that a 302-kilometer line along the Iraqi border had been secured.

About 600 caves and shelters and 2,000 mines and handmade explosives in the region were destroyed, according to Akar.

The Minister pointed out that Ankara respects all neighboring countries, especially Iraq and Syria, and the Claw operation aims to defend and secure Turkiye.

The Turkish military has regularly attacked the Kurdistan Workers Party (PKK) positions in the mountains of northern Iraq, where several thousand militants are believed to be holed up.

In 2022, Ankara launched an action called "Operation Claw Lock" to "prevent terror attacks" and ensure border security following an assessment that the PKK was planning a large-scale attack.

PKK is designated a terrorist organization by Turkey, the United States, and the European Union