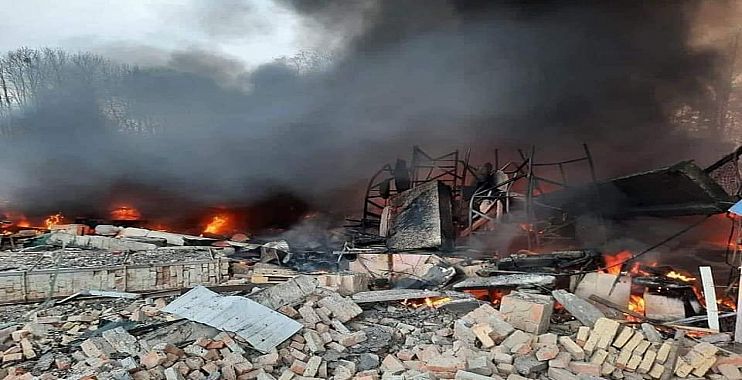 Shafaq News/ The Russian defense ministry said Saturday that its troops had conducted a missile strike on a depot containing weapons delivered by the United States and European countries to Ukrainian forces near Odessa.

“Russian armed forces today disabled with high-precision and long-range missiles a logistics terminal at the military airfield near Odessa where a large batch of foreign weapons delivered by the United States and European countries were stored,” it said in a statement.

The strike was among 22 Ukrainian military sites Russia targeted by missiles Saturday, including three arms and munitions depots near Ilichiovka and Kramatorsk, said the ministry.

Russia plans its own space station in 2025