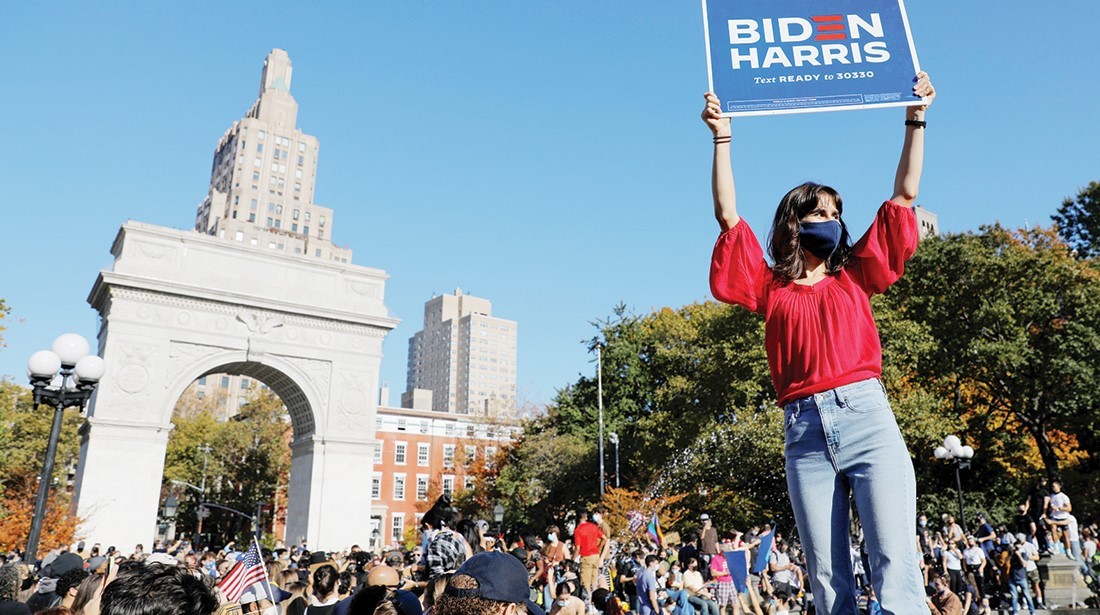 Democrat Biden clinched enough states to win the presidency on Saturday and has begun making plans for when he takes office on Jan. 20. Trump has not conceded defeat and plans rallies to build support for legal challenges.

Some of the United States’ biggest and closest allies in Europe, the Middle East and Asia quickly congratulated Biden over the weekend despite Trump’s refusal to concede, as did some Trump allies, including Israel and Saudi Arabia.

German Chancellor Angela Merkel on Monday called for the European Union and United States to work “side by side”, holding up Biden as an experienced leader who knows Germany and Europe well and stressing the NATO allies’ shared values and interests.

In 2016, Chinese President Xi Jinping sent congratulations to Trump on Nov. 9, a day after the election.

Relations between China and the United States are at their worst in decades over disputes ranging from technology and trade to Hong Kong and the coronavirus, and the Trump administration has unleashed a barrage of sanctions against Beijing.

While Biden is expected to maintain a tough stance on China -- he has called Xi a “thug” and vowed to lead a campaign to “pressure, isolate and punish China” -- he is likely to take a more measured and multilateral approach.

Chinese state media struck an optimistic tone in editorials, saying relations could be restored to a state of greater predictability, starting with trade.

The Kremlin said it would wait for the official results of the election before commenting, and that it had noted Trump’s announcement of legal challenges.

President Vladimir Putin has remained silent since Biden’s victory. In the run-up to the vote, Putin had appeared to hedge his bets, frowning on Biden’s anti-Russian rhetoric but welcoming his comments on nuclear arms control. Putin had also defended Biden’s son, Hunter, against criticism from Trump.

“We think it appropriate to wait for the official vote count,” Kremlin spokesman Dmitry Peskov told reporters on a conference call.

Biden cleared the threshold of 270 Electoral College votes needed to win the White House on Saturday, four days after the Nov. 3 election. He beat Trump by more than 4 million votes nationwide, making Trump the first president since 1992 to lose re-election.

Asked why, in 2016, Putin had congratulated Trump soon after he had won the Electoral College and beaten Democrat Hillary Clinton, Peskov said there was an obvious difference.

“You can see that there are certain legal procedures that have been announced by the current president. That is why the situations are different and we therefore think it appropriate to wait for an official announcement,” he said.

Peskov noted that Putin had repeatedly said he was ready to work with any U.S. leader and that Russia hoped it could establish dialogue with a new U.S. administration and find a way to normalize troubled bilateral relations.

Moscow’s ties with Washington sank to post-Cold War lows in 2014 when Russia annexed Crimea from Ukraine. Biden was serving as vice president under President Barack Obama at the time.

Relations soured further over U.S. allegations that Moscow had meddled in the 2016 U.S. presidential election to try to tilt the vote in Trump’s favor, something the Kremlin denied.