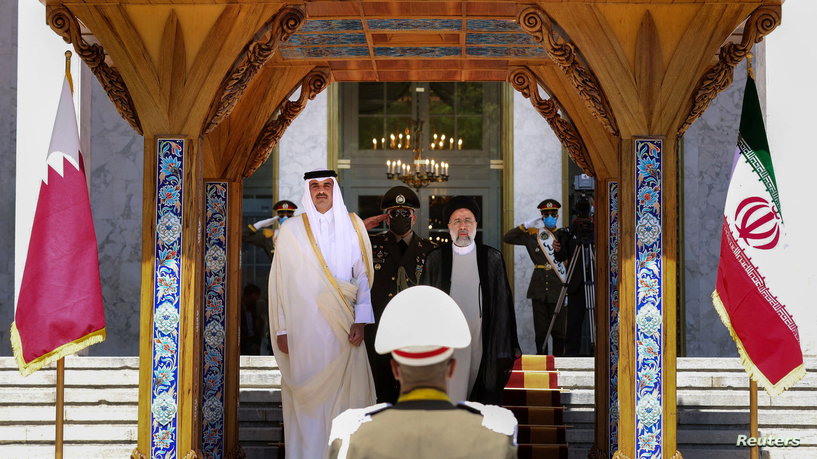 Qatar, a close US ally, has added the Iran nuclear dispute to the list of diplomatic hotspots where it has sought to play a behind-the-scenes mediating role, and the emir has called for more dialogue to settle the standoff.

Washington unilaterally abandoned the nuclear deal under then-president Donald Trump in 2018 and reimposed sweeping economic sanctions, prompting Iran to begin rolling back its own commitments.

President Joe Biden has said he wants the United States to return to the agreement but on-off talks on the mechanics have been stalled since March.

Unlike some of its Gulf Arab neighbours, Qatar has maintained close relations with Iran and the two countries share the world's largest natural gas.

Iran's state news agency IRNA said "unfreezing Iran's assets, cooperation in holding the 2022 World Cup, pursuing prisoner exchanges and cooperation in the field of energy" were also on the agenda of the emir's visit.

Iran has expressed interest in hosting spectators for the World Cup finals in Qatar in November on its nearby resort island of Kish.

It is waiving visa fees for visitors in the hope of attracting fans to the island.

IRCG ‘s Commander-in-chief: Iran is ready to respond to any attack