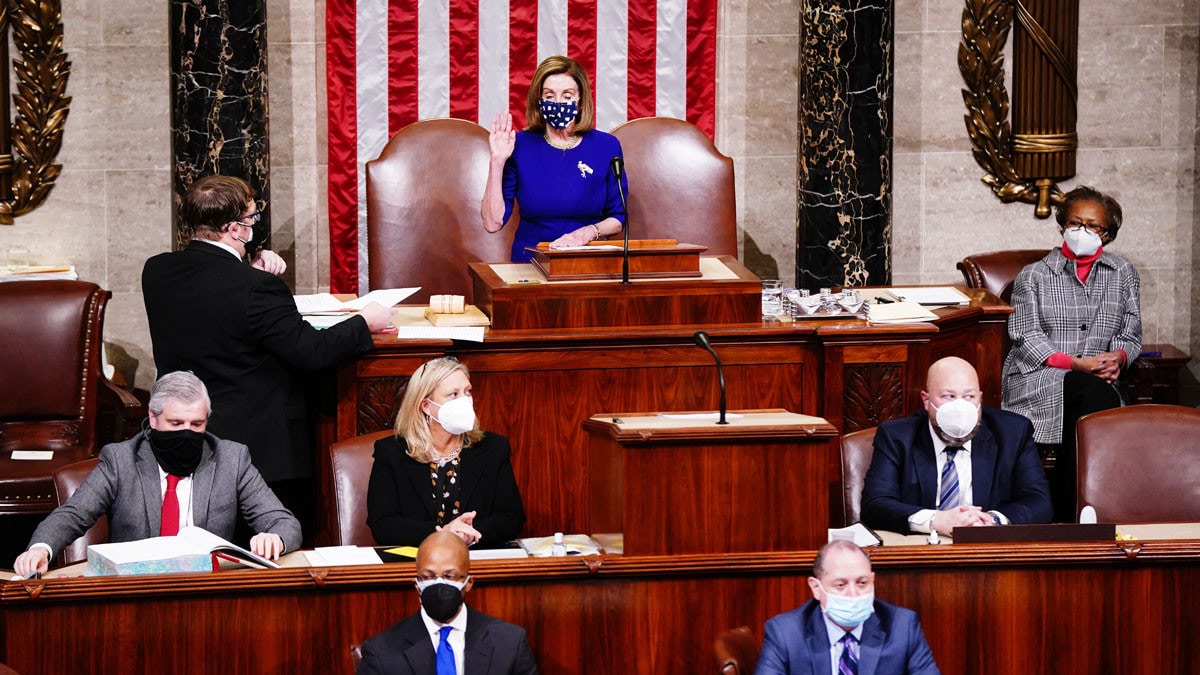 Shafaq News/ Nancy Pelosi described January 6, when a violent mob stormed the Capitol, as a “day of fire” , an expression already used by George W Bush to describe the September 11 attacks.

US House Speaker Nancy Pelosi said lawmakers know President Donald Trump incited the violent mob that stormed the Capitol on Jan. 6 while votes were being counted in the election that he lost – and that he must go.

“We know that we experienced the insurrection that violated the sanctity of the people’s Capitol and attempted to overturn the duly recorded will of the American people. And we know the president of the United States incited this insurrection, this armed rebellion against our common country,” Pelosi said in opening the debate on an article of impeachment. “He must go. He is a clear and present danger to the nation that we all love.”

She quoted former President Abraham Lincoln, Saint Paul from the Bible and the late President John F. Kennedy in arguing that lawmakers bear a responsibility to remove Trump’s threat to the country. "He must go," she said. "He is a clear and present danger to the nation that we all love."

Pelosi said Trump lied repeatedly about the outcome of the election and sought to influence state officials “to repeal reality.”

“Then came that day of fire we all experienced,” Pelosi said.