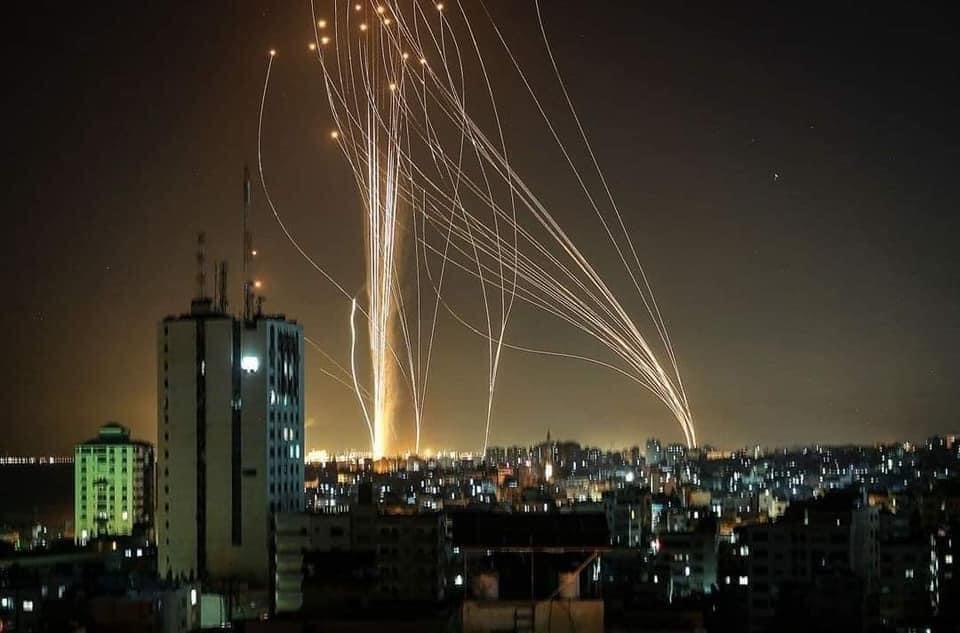 A spokesperson of the Movement reported that Islamic Jihad targeted Tel Aviv and other cities with over than 100 rockets.

For its part, the Izz el-Deen al-Qassam Brigades, the armed wing of the Hamas movement announced that Israeli bombed its sites which killed a commander and other members of the brigades.

On the other hand, The Brigades said it "targeted an Israeli vehicle with Cornet, an anti-tank guided missile, while 21 mortars targeted the vicinity of the attack.”

“The rocket was launched from the northern Gaza Strip. The Israeli army evacuated the wounded soldiers.” The Brigades added.

“More than 50 rockets were launched towards the city of Ashdod.”

The Israeli media said more than 1050 rockets were launched from Gaza.

According to the Palestine’s Health Ministry, the death toll in Gaza rose to 48 Palestinians, including 14 children and three women, more than 300 people have been wounded, including 86 children and 39 women.

Six Israelis, including three women and a child, were killed by rocket fire, and dozens of people were wounded.

There was no sign that either side is willing to back down. Prime Minister Benjamin Netanyahu has vowed to expand the offensive, saying “this will take time.” Hamas has called for a full-scale intifada, or uprising.

This is the most severe outbreak of clashes between the Palestinians and Israelis since the 2014 war which took on many hallmarks of that devastating 50-day conflict, with dozens killed and no resolution in sight.