Israel shells Lebanon in response to a rocket attack 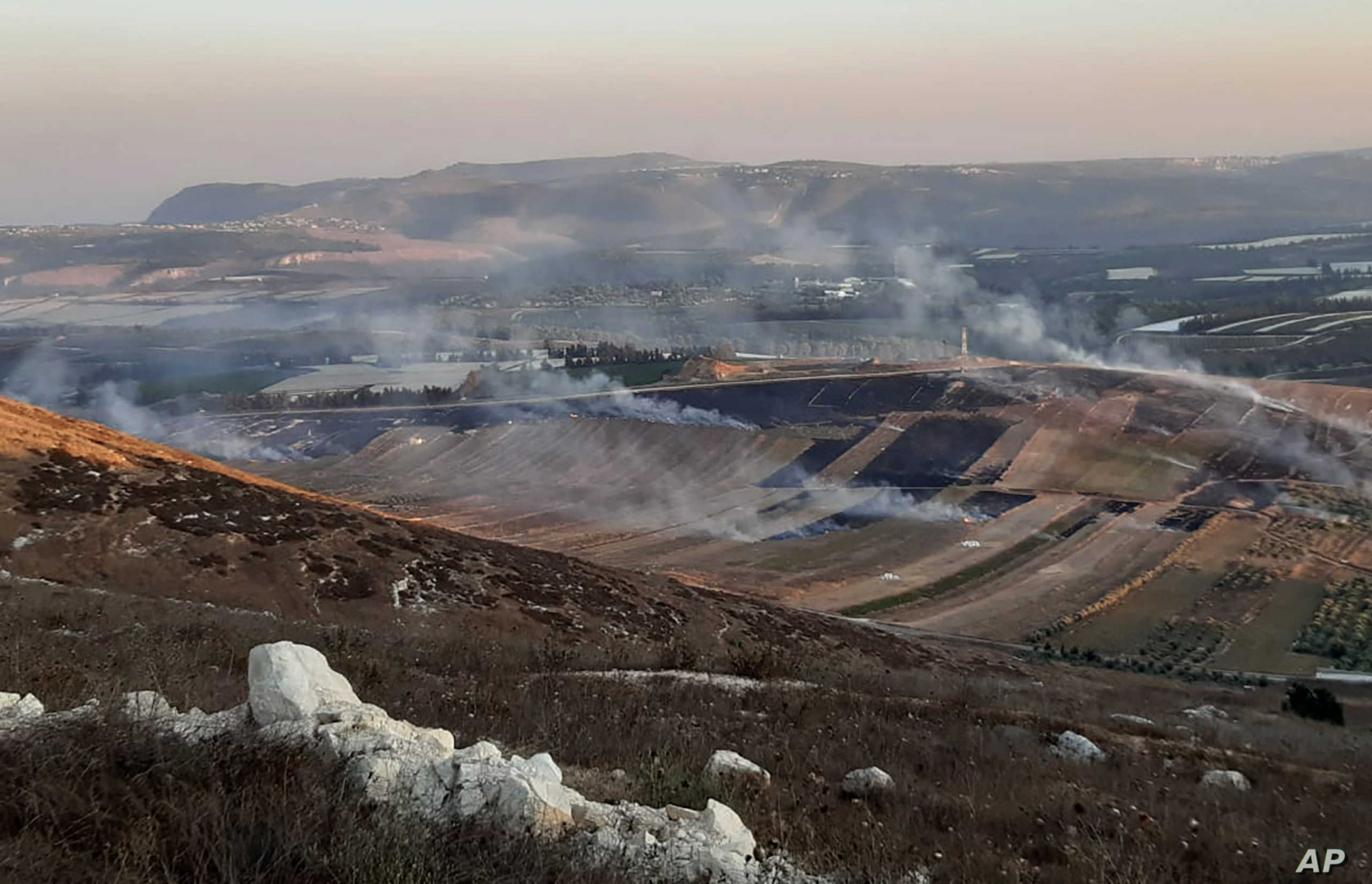 Shafaq News/ The Israeli Army fired several artillery rounds into southern Lebanon early Tuesday in a brief response to rockets fired into Palestine's northern borders hours earlier by militants on the Lebanese side.

No injuries were reported on either side during the skirmish, since the projectiles largely fell in open areas. One rocket from Lebanon was intercepted by the Iron Dome Israeli missile defense system while a second fell without causing damage. The Lebanese Army later said it had foiled an attempt by militants to fire a third rocket.

No faction in Lebanon claimed responsibility for the rockets, bu Israeli media reported that officials believed the rockets had been fired by Palestinian militants based in Lebanon.

The incident underscored the fragility of the situation on the borders, where there are regular tensions between the Israeli military and Hezbollah, an Iran-backed Shia militia that holds sway across much of southern Lebanon and does not recognize Israeli sovereignty. There are also occasional attacks by Lebanon-based Palestinian militants.

Lebanon’s economic crash, and the social instability it has unleashed, has led some to fear that the security situation on its southern border may become even more unpredictable.

In a speech on Tuesday morning, Prime Minister of Israel, Naftali Bennett, said Lebanon was “on the verge of collapse,” adding, “We will not accept a leakage of the situation in Lebanon into Israel."

Benny Gantz, Israel’s defense minister, had written earlier on Twitter that Israel “will not allow the social, political and economic crisis in Lebanon to turn into a security threat to Israel.” He called on the international community to take action to restore stability in Lebanon.

The exchange was the first such skirmish since mid-May. At that time, Palestinian militants in Lebanon fired several rockets into Israel in solidarity with militants in Gaza led by the Islamist group Hamas who were then in the middle of an 11-day air war with Israel.

Hamas has not fired rockets or incendiary balloons into Israel from Gaza for several weeks, but the dynamic between Hamas and Israel remains volatile. The two sides have yet to finalize a cease-fire deal that would allow more money and supplies into Gaza, where imports and exports are controlled by Israel and Egypt. Some analysts think Palestinian rocket fire from Lebanon is a means of exerting pressure on Hamas’s behalf.

Israel and factions in Lebanon have a long history of military conflict. Israel invaded Lebanon in 1982 after Lebanon became a base for Palestinian militants conducting attacks on Israelis. After Israeli forces left Lebanon 18 years later, tensions continued between Israel and Hezbollah, leading to another war and an Israeli ground invasion in 2006.

United Nations peacekeepers operate along the Lebanese-Israeli border, but tensions remain high and there are occasional skirmishes between the various factions. In 2019, Israeli troops discovered that Hezbollah militants had tunneled into Israeli territory. Israeli jets regularly fly through Lebanese airspace, often to carry out airstrikes in neighboring Syria against Hezbollah and other Iran-aligned forces that are fighting in the Syrian civil war.

Israeli Airforces sharpening knives for a potential confrontations with Iran