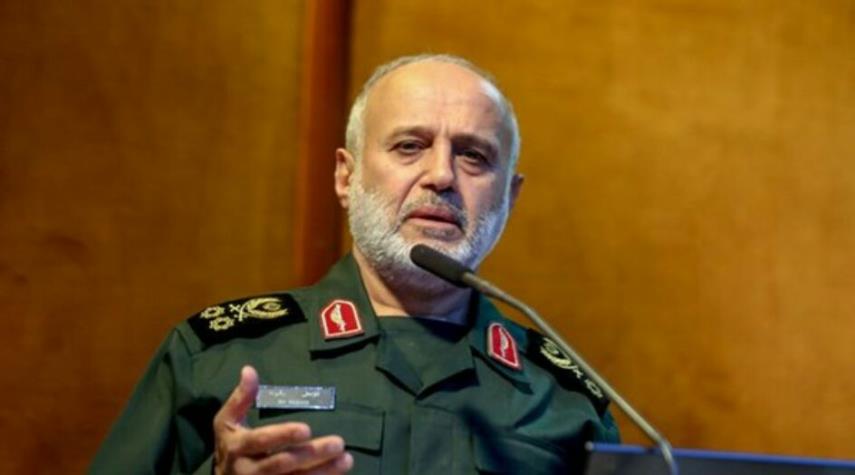 Shafaq News / Commander of the Khatam-al Anbiya Central Headquarters warned the Israeli regime and the US over any threat to the nuclear and military bases of the Islamic Republic of Iran.

"Any threat to the nuclear and military bases of the Islamic Republic of Iran by the Zionist regime is not possible without the green light and the support of the United States," said Major General Gholam Ali Rashid.

Referring to Iran's active presence in the Vienna talks and serious interaction with the international community, he added, "If such threats become practical, the Armed Forces of the Islamic Republic in accordance with the trained operational plans will immediately attack the origin of the aggression, all centers, bases, routes and spaces used for attacks."

Recently, Israeli media quoted the Minister of War saying that he had instructed the Israeli army to be ready for military operations against Iran.

Earlier, an Iranian security official has warned about “acts of mischief” by Israel against Iran amid “relatively successful” negotiations going on between the remaining parties to the 2015 nuclear deal aimed at removing sanctions on Tehran.

"Some unevaluated news, which we will take into consideration in a separate opportunity, suggests that the Zionist regime is examining to conduct acts of mischief against the Islamic Republic,” the informed official told Iran’s Nour News Agency.

“The probability of this occurrence is not far from expected given the regime's acts of mischief in the past meant to damage the talks between Iran and other JCPOA members,” he added, referring to reports about an order by the Israeli Minister of War, Benny Gantz, to the army to prepare for the possibility of a military strike on Iran.

He warned that a "malicious" Israeli act, which could be designed to mount pressure on Iran to give in to the West’s excessive demands, would definitely afflict the United States as Tel Aviv is a strategic partner of Washington and the Western countries participating in the Vienna talks.

"If the objective of the Zionist regime is an act of mischief against Iran's nuclear facilities, it will inevitably have a negative and deterrent effect on Iran's cooperation with the International Atomic Energy Agency (IAEA),” he said. “Based on their inherent duties, the country’s military and security forces will take any possible threats seriously and increase the level of necessary preparations to deal with them.”

After the fastest COVID-19 vaccination rollout, Israel to halt restrictions starting from June

Israel shells Lebanon in response to a rocket attack